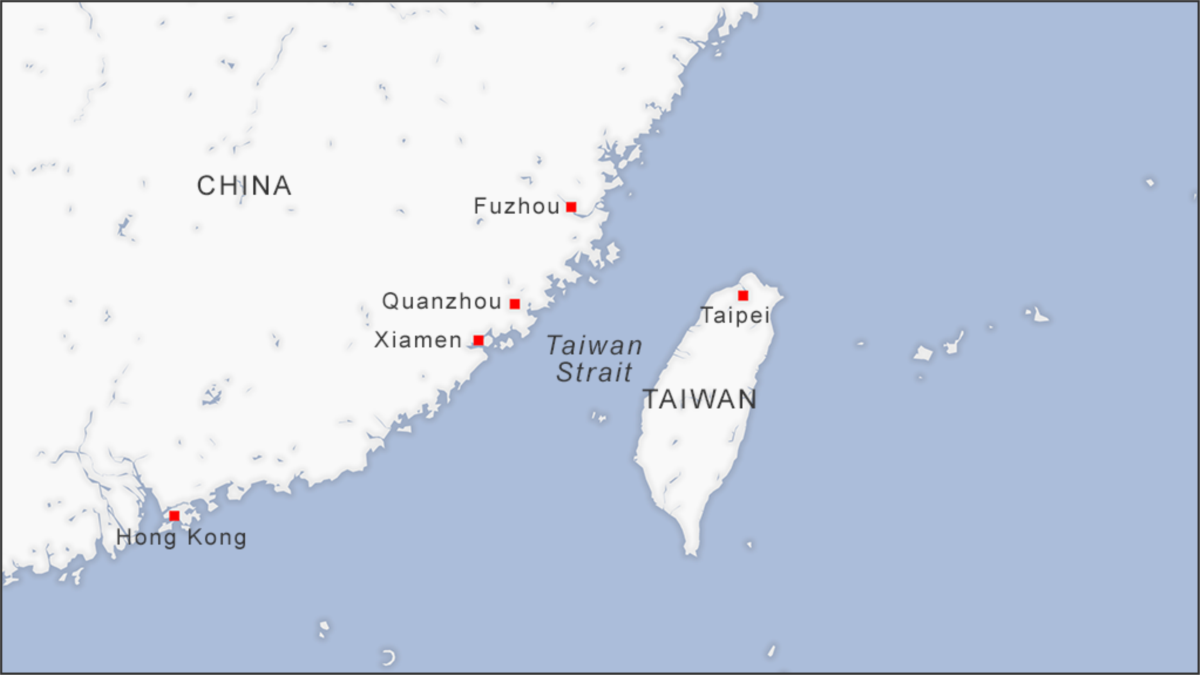 In recent years U.S. warships, and on occasion those from allied nations such as Britain and Canada, have routinely sailed through the strait, drawing Beijing’s anger.

China, which claims Taiwan as its own territory against the objections of the democratically elected government in Taipei, launched military drills near the island after Pelosi visited in early August, and those exercises have continued.

The trip infuriated Beijing, which saw it as a U.S. attempt to interfere in China’s internal affairs.

The officials, speaking on condition of anonymity, on Saturday said U.S. Navy cruisers Chancellorsville and Antietam were carrying out the operation which was still under way.

The narrow Taiwan Strait has been a frequent source of military tension since the defeated Republic of China government fled to Taiwan in 1949 after losing a civil war with the communists, who established the People’s Republic of China.