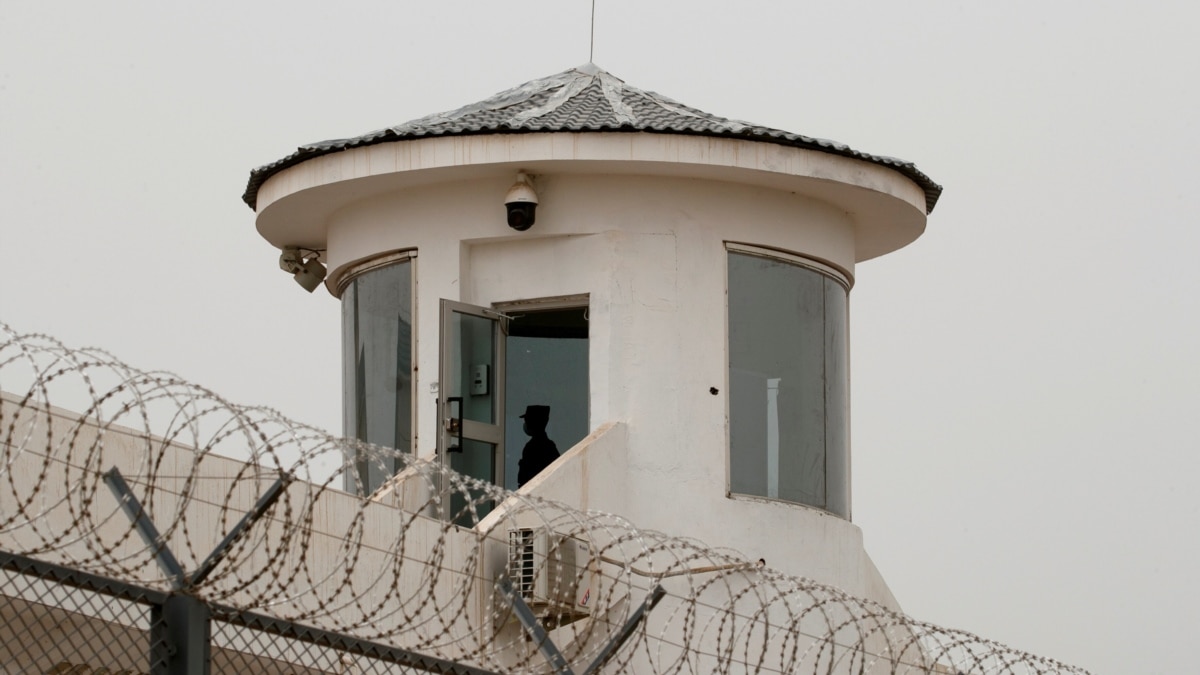 Moments before her term expired Wednesday, the U.N. high commissioner for human rights released a long-awaited report that found the treatment of minorities in China’s Xinjiang province may constitute crimes against humanity.

Michelle Bachelet writes in her findings that the information available to her office on Beijing’s crackdown on terrorism and “extremism” in the Xinjiang Uyghur Autonomous Region from 2017 to 2019, and possibly beyond, raises concerns under international law.

“The extent of arbitrary and discriminatory detention of members of Uyghur and other predominantly Muslim groups, pursuant to law and policy, in context of restrictions and deprivation more generally of fundamental rights enjoyed individually and collectively, may constitute international crimes, in particular crimes against humanity,” Bachelet said in the 48-page report.

Previously published reports by groups such as Human Rights Watch say the ethnic minorities have been subjected to widespread surveillance, and more than a million predominantly Muslim Uyghurs have been sent to detention camps, which critics say are aimed at destroying their Uyghur identity. China says the compounds are “vocational education centers” intended to stop the spread of religious extremism and terrorist attacks.

“Allegations of patterns of torture or ill-treatment, including forced medical treatment and adverse conditions of detention, are credible, as are allegations of individual incidents of sexual and gender-based violence,” Bachelet said of conditions at the so-called vocational education centers.

She said, however, that currently available information does not allow her office to draw “firm conclusions” on the exact extent of these abuses, but it is clear the facilities “provide fertile ground for such violations to take place on a broad scale.”

China’s U.N. mission in Geneva, where the U.N. Office for Human Rights is located, sent a response to Bachelet’s office dated Wednesday, stating its opposition to the report.

“Based on the disinformation and lies fabricated by anti-China forces and out of presumption of guilt, the so-called ‘assessment’ distorts China’s laws and policies, wantonly smears and slanders China, and interferes in China’s internal affairs, which violates principles including dialogue and cooperation, and non-politicization in the field of human rights, and also undermines the credibility of the OHCHR,” it said, referring to the U.N. rights office by its acronym.

China asked for its response to be included with the report, and it is attached as an appendix.

“We all know so well that the so-called Xinjiang issue is a completely fabricated lie out of political motivations, and its purpose definitely is to undermine China’s stability and to obstruct China’s development,” China’s U.N. ambassador in New York, Zhang Jun, told journalists earlier Wednesday.

U.N. Secretary-General Antonio Guterres’ spokesman said Wednesday that the U.N. chief had not seen the report before its release.

“He has not read the report. It is not his — it is a report of the high commissioner for human rights,” spokesman Stephane Dujarric said in response to reporters’ questions. “He does not want to interfere in her work or influence her work, whether it’s Michelle Bachelet or anyone else who may, who will, occupy that position.”

Although Wednesday was Bachelet’s last day, no successor has been named.

In addition to publicly supporting a “credible” visit for Bachelet to China, Guterres said at the Munich Security Conference in February that he has told the Chinese authorities they must fully respect human rights in Xinjiang and guarantee that the religious and cultural identity of minorities is respected.

“The high commissioner’s damning findings explain why the Chinese government fought tooth and nail to prevent the publication of her Xinjiang report, which lays bare China’s sweeping rights abuses,” said Sophie Richardson, Human Rights Watch China director. “The United Nations Human Rights Council should use the report to initiate a comprehensive investigation into the Chinese government’s crimes against humanity targeting the Uyghurs and others — and hold those responsible to account.”

Bachelet has sought access to Xinjiang since 2018 to follow up on claims of rights abuses. While she waited for Beijing’s invitation, her office reviewed and analyzed publicly available official documentation, as well as satellite imagery and other open-source information, to draft its report.

The high commissioner finally traveled to Xinjiang in May but was criticized by rights groups for accepting Beijing’s condition that her visit not be an investigation.

Her mission was the first time in 17 years that a sitting U.N. human rights chief visited China. Bachelet had a virtual meeting with President Xi Jinping and met in person with Foreign Minister Wang Yi, among other officials.

In Xinjiang, she spent two days in Kashgar and Urumqi. Bachelet said she met with officials, including the secretary of the Chinese Communist Party of the Xinjiang Uyghur Autonomous Region and the governor and the vice governor in charge of public security. She also visited Kashgar prison and the Kashgar Experimental School, a former vocational education and training center, among other places.

In 2010, China’s census put the total population of Uyghurs at just over 10 million, less than 1% of China’s total population. They are the largest ethnic group in the autonomous region of Xinjiang.