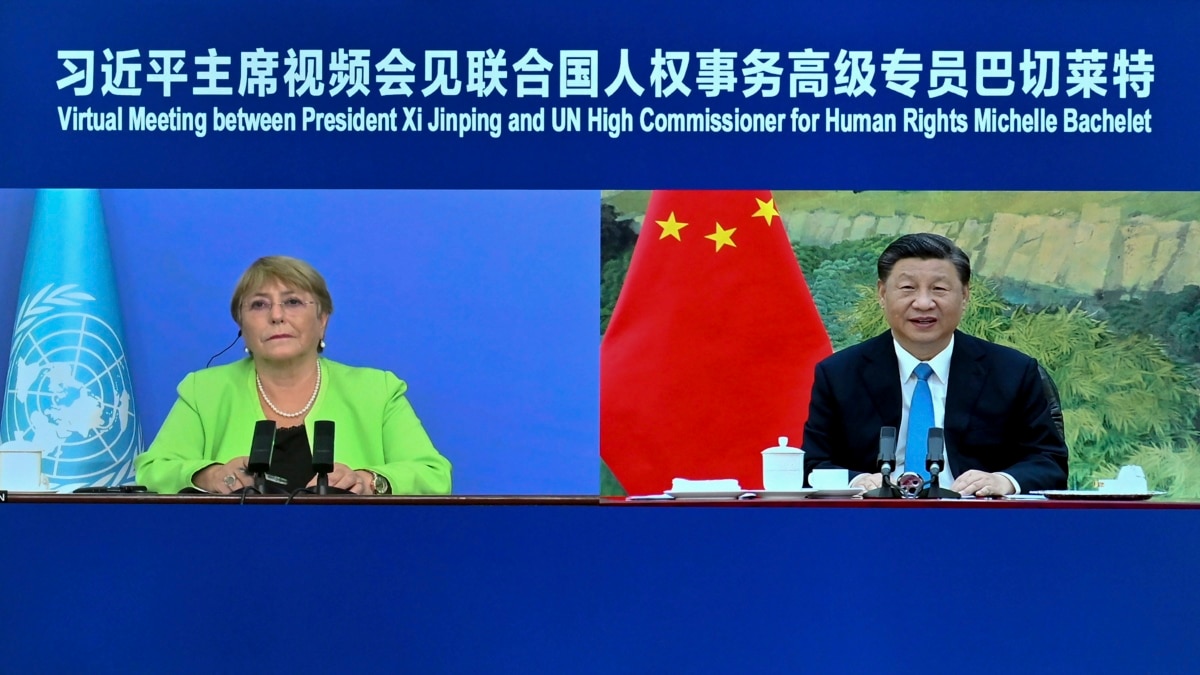 U.N. human rights chief Michelle Bachelet said Thursday she still hopes to release a long-awaited report on China’s treatment of its Uyghur minority in the western Xinjiang region before her term ends next week.

Speaking to reporters at her agency’s headquarters in Geneva, Bachelet addressed several of the top human rights issues facing the world.

Regarding the long-delayed document on China’s autonomous Xinjiang region – which some reports say was near completion nearly a year ago – Bachelet said after a visit to China in March, the assessment needed to be further reviewed in light of what she learned there.

International human rights groups say China has carried out numerous abuses against Uyghurs living in the western region, including the use of forced labor in internment camps. The groups have criticized Bachelet for being too soft on China during her visit.

Beijing denies accusations of human rights abuses in the region.

On the conflict in Ukraine, she added, “The international community must insist on accountability for the many serious violations documented, some of which may amount to war crimes.”

Bachelet said her agency is closely following the lead up to Brazil’s election next month and human rights concerns there. Bachelet also said she intends to have a conversation with Venezuelan President Nicolas Maduro before her term expires August 31, because she does not want conversations they have had and promises he made to be forgotten.

She said, “I want as I’ve always done when I speak to him, to give them a long list of points where we feel much more needs to be addressed.”

Bachelet said she did not know who her successor might be, but that she heard there were more than 50 applicants. She said there would be no leadership void, as her office would help with the transition period.

Bachelet has chosen not to seek a second four-year term in office for what she describes as “personal reasons,” along with a desire to return home to Chile, where she served two terms as president.

Some information for this report was provided by the Associated Press and Reuters.

US: Russia to Buy Rockets, Artillery Shells from North Korea