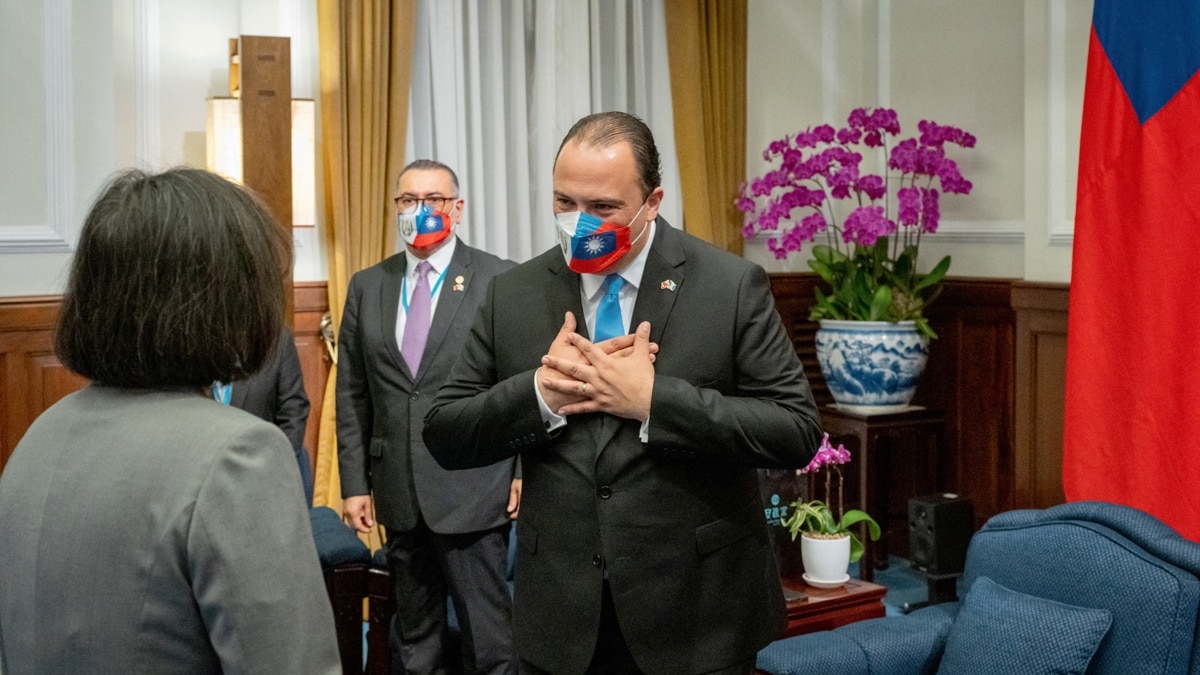 Meeting Taiwan President Tsai Ing-wen at the presidential office in Taipei, Bucaro said that Guatemala and Taiwan were “like-minded countries” united by a “democratic alliance.”

“Guatemala will always support Taiwan because we have a firm belief in the principles of peace, sovereignty, and territorial integrity,” said Bucaro.

The remarks come just a few weeks after Beijing concluded a barrage of military drills around Taiwan in response to a visit to the island in early August by U.S. House of Representatives Speaker Nancy Pelosi.

The official did not mention China in his remarks but said his visit to the self-ruled island was about “telling the world the importance of showing solidarity to the people of Taiwan, in the belief that only dialog can prevail in the face of any conflict.”

Zhao urged Guatemala to make decisions “in line with the historical trend.”

Tsai noted in her remarks that Taiwan was the first “Asian country” Bucaro visited since being appointed foreign minister and thanked Guatemala for its diplomatic support in the wake of China’s military drills.

Guatemala is one of only 14 countries to retain formal diplomatic ties with Taiwan and one of three allies left in Central America, the other two being Honduras and Belize.

China views democratically ruled Taiwan as one of its provinces with no right to the trappings of a state, a view Taiwan’s government strongly disputes, and has been stepping up pressure to win over the island’s remaining friends.

In December, China re-established ties with Nicaragua, and the government has openly said it is gunning to bring down the number to zero.

The issue has broader geopolitical implications as the United States has been concerned about China stepping up its activities in Central America.

In the run-up to the November presidential election in Honduras, a visiting U.S. delegation made clear it wanted the Central American country to maintain its Taiwan relations.

Now-President Xiomara Castro, who had floated the idea of ditching Taipei for Beijing during the election campaign, has subsequently stood by Taiwan.