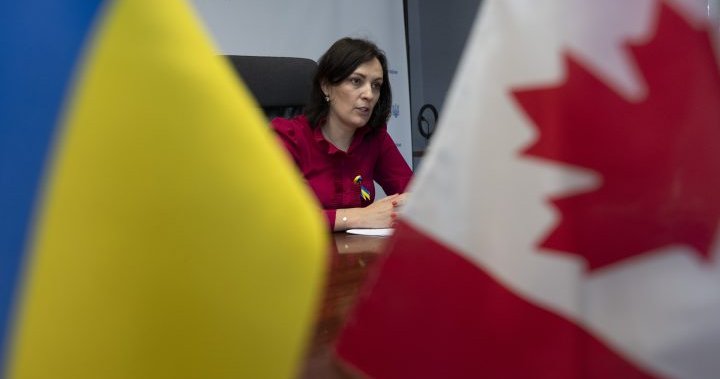 Ukraine‘s ambassador to Canada will today mark Ukraine’s Independence Day with the launch of an immersive exhibition in Toronto created during the most violent phases of the war with Russia.

Yulia Kovaliv will launch a multimedia exhibition featuring footage of Ukrainians defending their country on the front lines.

Ukraine is celebrating its independence from Russia 31 years ago, but also marking six months of the war.

To mark the event, Kovaliv will also host a charity auction in Toronto to raise money for ambulances and evacuation vehicles.

Among the items set to be auctioned is a piece of a Russian missile that destroyed a training base near the Polish border.

Weeks before the missile struck, killing 43 people, Canadian personnel had been training Ukrainian soldiers at the base.