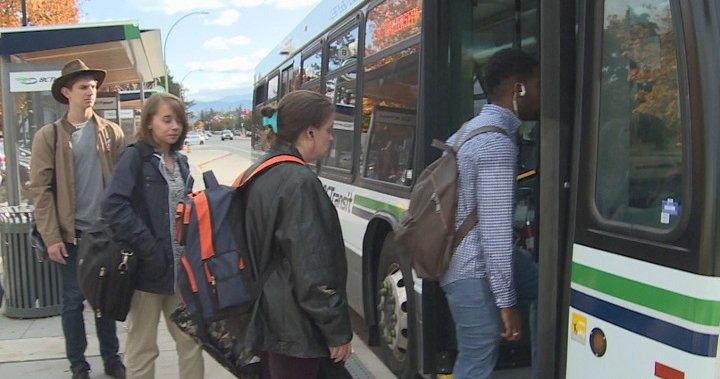 Workers with two different Okanagan transit systems will soon be in the position to walk off the job, after the union representing Kelowna, B.C., transit operators issued 72-hour strike notice.

While no job action is immediately planned in either community, contract negotiations remain far from settled.

The notice means Kelowna transit workers will be in a position to strike on Thursday afternoon.

“We want to force the company to come back to the table,” explained Al Peressini, president of Amalgamated Transit Union Local 1722, which represents the Kelowna employees.

Major issues for workers in Kelowna are wages, benefits and the way the Kelowna-area transit system is managed.

The union is arguing instead of contracting the transit service to a private company called First Transit, Crown corporation BC Transit should manage it directly.

BCGEU talks resume as other unions line up

Despite the union’s objection to First Transit as an operator, members feel the two parties could still reach a deal.

“If they come to the table and realize that we are being underpaid drastically, compared to other systems our size,” Peressini said.

Meanwhile, First Transit employees in Vernon and the Shuswap represented by a separate union, Unifor Local 114, have also been in a position to strike for more than a week.

Unifor national representative Gavin Davies, who speaks for the Vernon and Shuswap workers, says it was an attempt to show the employer that staff are serious about their bargaining requests.

“Two-per cent wage increases are not going to be getting the deal done in Salmon Arm and Vernon,” Davies said.

First Transit and Unifor are now expected to restart negotiations next month.

“We want to negotiate a fair deal. We want to do so at the bargaining table. We do not want to inconvenience the passengers and the riding public at all, Davies said.

Major issues for the North Okanagan/Shuswap union are wages, benefits and quality of life.

Neither First Transit nor BC Transit made anyone available for an interview.

BC Transit said it couldn’t discuss the issues as the labour dispute is between BC Transit’s contractor, First Transit, and their unionized employees.

First Transit said it continues to work in good faith with the Kelowna union and is extremely disappointed that the union has approved the use of a 72-strike notice.

For transit riders in the North and Central Okanagan the good news is that, for now, neither union has any immediate plans to walk off the job.