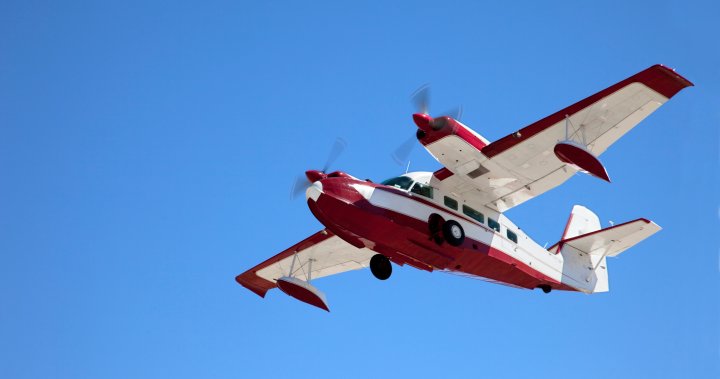 The Transportation Safety Board of Canada (TSB) is continuing to investigate the circumstances surrounding the crash of a small plane near Stratford, Ont., on Tuesday that left one person dead.

Agency officials confirmed to Global News on Thursday that the aircraft, a privately registered Grumman G-44 Widgoen, had departed from Sarnia bound for Stratford Municipal Airport.

Around 9:11 a.m., the plane was on final approach to runway 23 when it collided with terrain in an empty field, investigators said. Weather at the time was foggy with low-lying clouds.

Emergency crews arrived at the scene along Perth Line 23, roughly one kilometre north of the airport, shortly afterwards.

One man, the plane’s lone occupant, was pronounced dead shortly after the crash. His identity has not been released.

“The TSB deployed two investigators to the site of the occurrence to collect data, examine and photograph the wreckage. It is too early now to say what the causes and contributing factors might be,” Alexandre Fournier, the TSB’s spokesperson, said in an email.

“The occurrence is being assessed and a decision to investigate or not will follow once preliminary analysis of information has been completed.”

An amphibious aircraft, the twin-engine, five-seat G-44 Widgeon was manufactured in the 1940s, initially designed for the civilian passenger market.

The Widgeon found use during the Second World War by the U.S. armed forces and by the Royal Navy, according to the National Museum of World War II Aviation in Colorado. In total, 317 were manufactured.