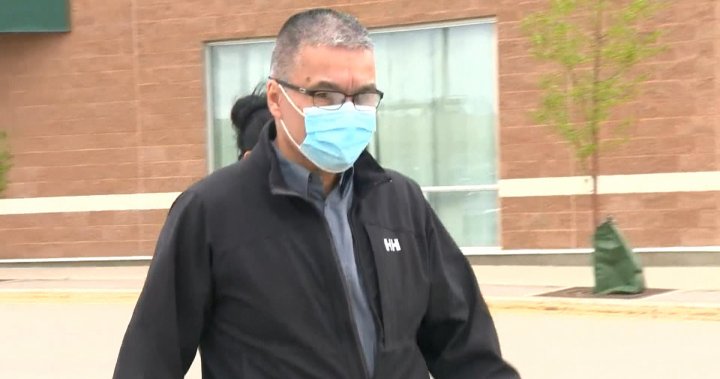 A December trial date has been set for a former Saskatchewan Mountie who has been accused of killing a 26-year-old man.

Bernie Herman, who is 54, is charged with first-degree murder in the death of Braden Herman, who police say is not related to the accused.

His trial will begin on Dec. 4 at Court of Queen’s Bench in Prince Albert, Sask.

Braden Herman’s body was found on May 11, 2021, in an isolated area of Little Red River Park on the outskirts of Prince Albert.

Herman, who was a 32-year member of the RCMP when he was arrested, has since resigned and pleaded not guilty to the charge.

Crown attorney William Burge has said the accused is to be tried by a judge and jury.

This report by The Canadian Press was first published Aug. 26, 2022.