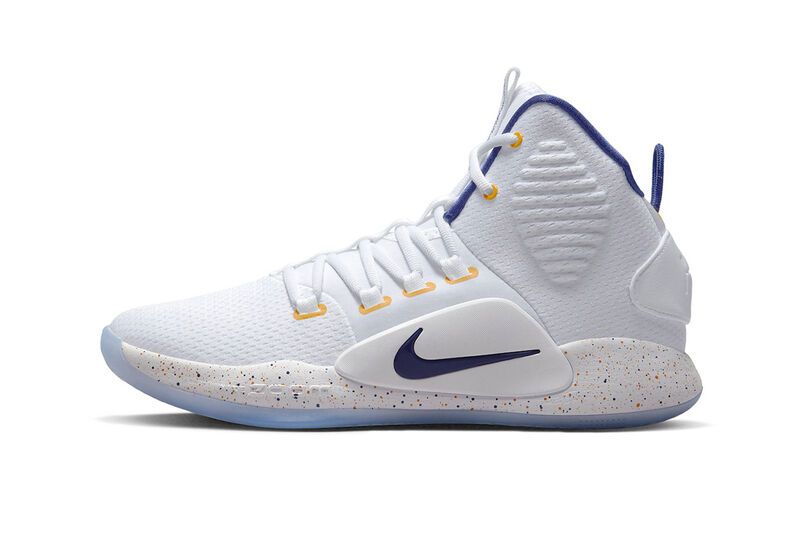 Nike is reigniting the hype for the ‘Hyperdunk X’ silhouette, a sneaker that debuted in 2018 and has been on the brand’s hiatus list ever since. The ‘Hyperedunk’ was known as a basketball shoe that incorporated Flywire technology and Lunar foam, and was also known as the Nike sneaker that held a place in Nikola Jokic’s heart. The upcoming colorway references the Denver Nugget’s player by adopting his name.

The new sneaker boasts improved Flywire technology for added stability and style, while the sneaker itself relies on a white base construction and yellow hues on the eyestays. Navy blue accents can be found on the lining and the Swooshes, with the midsole boasting a speckled pattern that incorporates both yellow and blue dots.