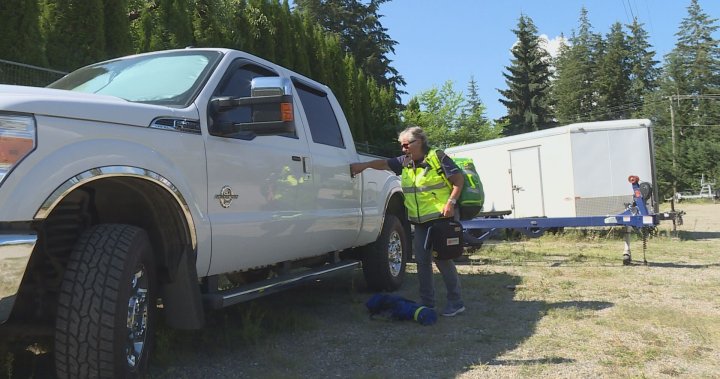 For more than two decades, volunteers with the South Shuswap First Responders have been providing professional paramedic services in a rural area of B.C.’s Interior that doesn’t have its own ambulance station.

“We are a pre-ambulance group, so we are dispatched from BC Ambulance/911 dispatch and we basically go with all of our equipment and our training and help at an emergency scene before the ambulance gets there,” explained South Shuswap First Responders President Debbie Edwards.

However, with only eight volunteer responders, the group has had to scale back its services in recent weeks. It now doesn’t respond at night and only goes to the most serious calls.

Ideally, the group would have 15 people trained to respond.

“I don’t feel we are servicing the community the way we could because we don’t have the people,” Edwards said.

“I have been doing this 20 years now and it is really hard to see things going down the way they have and to see the difference in what the word volunteerism means to the different age groups.”

The group is now urgently appealing to the community for new volunteers who are over 18 and live in the service region of Columbia Shuswap Regional District Electoral Area C.

“I hope people will step up and will volunteer to be first responders because they are going to be doing some terrific good for our community,” said Columbia Shuswap Regional District Director Paul Demenok.

Training for new volunteers is planned for September but is only partially full.

If more volunteers aren’t recruited, it will mean more burnout for existing members, fewer people responding to calls and a bigger gap in services for those who live in the South Shuswap.

Currently, the closest ambulance stations are outside the region in Salmon Arm and Chase.

So Demenok says the volunteer group provides an important early response to emergencies in places like Blind Bay, Sorrento and Tappen, with practices such as triage and administering oxygen.

“They routinely are there on-site many minutes before the ambulance arrives,” Demenok said.

Edwards said with the ambulance service’s own shortages, “it’s critical” the volunteer group is available.