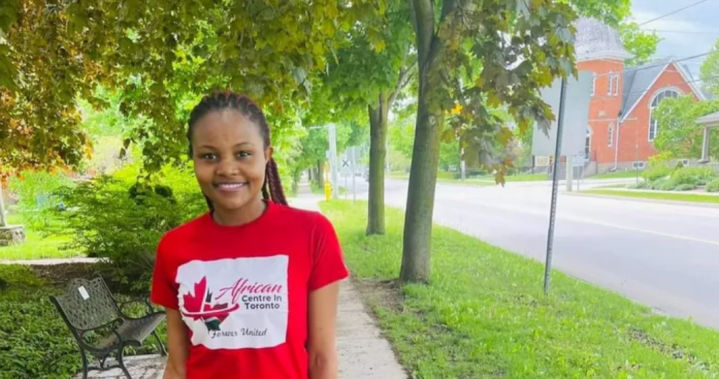 A family is mourning the loss of a young woman after she drowned in a pool in the Township of Chatsworth, just south of Owen Sound, Ont.

In a GoFundMe post, Enock Nyabuto said his eldest sister Hellen Wendy, was “enjoying an afternoon swim when she tragically drowned” on Aug. 18.

Nyabuto said his sister lived in Toronto, but was working a temporary job in Collingwood.

The Ontario Provincial Police said emergency crews responded to a report of a drowning at around 5:44 p.m.

OPP said a woman was pulled from the water and despite life-saving measures, she was pronounced deceased. Police released her identity as 23-year-old Hellen Nyabuto from North York.

Investigators said the incident remains under investigation but is not suspicious in nature.

According to the GoFundMe page, their family lives in Kisii, Kenya.

“Hellen Wendy was full of life. With a warm smile and a charming heart,” the post read. “Everyone who met Wendy had their spirits lifted. She was passionate about her work and she touched many hearts.”

According to a CNN report, the tragic incident was caught on camera.

The woman’s father, 56-year-old Nyabuto John Kiyondi, told CNN from his home in Kenya that he watched the video.

“I cried. It is terrible,” he told the outlet.

“She communicated with me two days before she perished. She sounded very fine and I was very happy. She promised me a phone. I didn’t feel anything abnormal,” he said.

According to the GoFundMe page, the family is seeking donations to repatriate his sister’s body to Nairobi, adding that the cost to do so is approximately $50,000.

“Your generous contributions towards this cause are highly appreciated as we go through this extreme circumstance of losing a loved one,” he wrote.

By Wednesday morning, the post had accumulated more than $47,000 in donations — almost reaching the target amount.