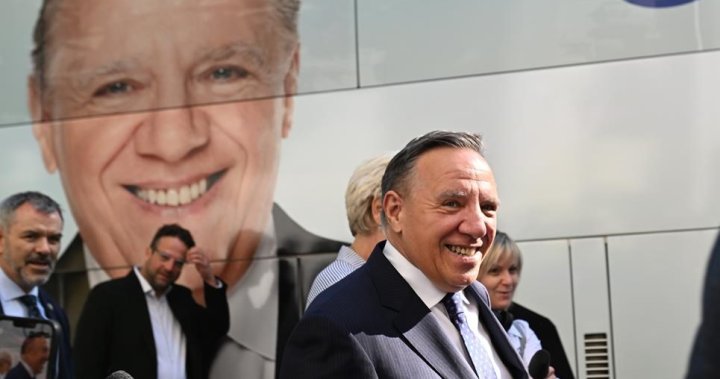 Coalition Avenir Québec Leader François Legault is campaigning Wednesday in the electoral district of Iberville — a riding the party won in 2018 but then lost after its member joined the Conservatives.

Claire Samson was booted from the CAQ in June 2021 after it learned she had donated $100 to the Conservatives under leader Eric Duhaime.

She gave the Conservatives their only seat in the legislature and helped boost the profile of the party, which was a non-factor in the last election but which is now polling ahead of the Parti Québécois.

READ MORE: Question in Quebec election all about who will come second, not first, polls suggest

Legault is holding a news conference in the riding, located south of Montreal, this morning and then hosting a lunch in the district with party members.

The Liberals are holding a news conference this morning in Saint-Agapit, Que., south of Quebec City, while the PQ is speaking to reporters in front of a grocery store in Montreal about the cost of living.