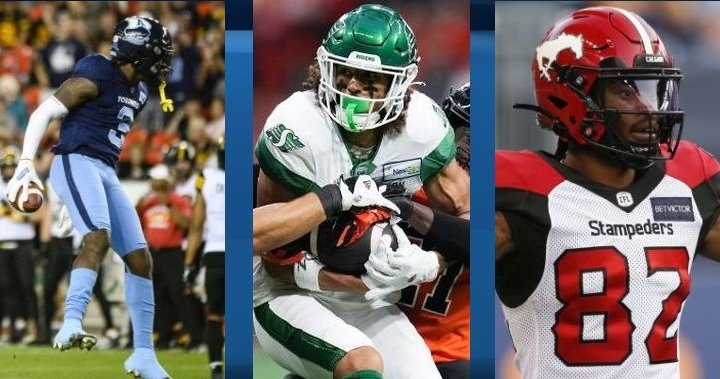 Peters recorded a career-high three interceptions, including his first career interception returned for a touchdown, as the Argonauts defeated visiting Hamilton 37-20 on Friday.

He accumulated 84 return yards after his picks, highlighted by a 67-yard touchdown return in the fourth quarter that put the Argonauts up 34-19. Peters added four tackles, including one for a one-yard loss.

Schaffer-Baker set a career best with 170 receiving yards on five catches and scored a touchdown as the Roughriders beat B.C. 23-16 on Friday.

Schaffer-Baker leads the Riders with 614 receiving yards and 44 receptions and is tied for first with four TD receptions.

Henry set new career-highs with seven receptions and three touchdown catches and plied up 122 receiving yards in Calgary’s 31-29 loss to Winnipeg on Thursday.

He leads the Stampeders with 637 receiving yards and six touchdown receptions.