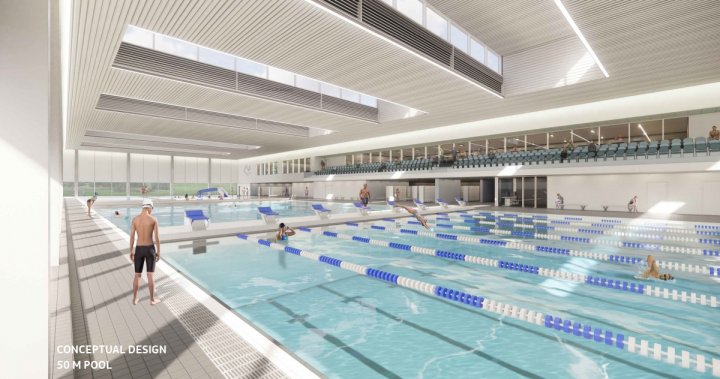 The tax implications for “ambitious” plans to create a major new recreation facility in Vernon, B.C. are now clearer.

This week the North Okanagan city released details of how much it will cost the average homeowner in extra property tax.

Residents will be asked to vote this fall on whether they are willing to pay the costs of borrowing $121-million to make the facility a reality.

The city had tried to make it a regional project, but neighbouring jurisdictions declined to participate in the borrowing referendum.

If the borrowing is approved, the tax increase would be phased in over four years, and by 2027 the additional cost per year to that average homeowner would be $292. The loan would take up to 30 years to pay back.

“It isn’t an insignificant number. $292 is a lot of money annually. It’s an ambitious project,” said Vernon’s director of recreation services Doug Ross. “The facility that we’ve planned is what we believe the community has asked us for.”

Not being able to meet the current demand for recreation facilities is one of the reasons the city is planning the new ‘Active Living Centre’ complete with a 50 meter pool, double gymnasium and indoor running track.

On the streets of Vernon opinions on borrowing $121-million for the project were mixed.

“I think we should do it,” said resident Josh Palmer. “We are actively trying to recruit young families and urban professionals to relocate to the Okanagan from larger centers… and I think to be able to do that, make sure we are paving the way for a successful future for our community we need to make these investments now.”

“Personally, I think it is a good progress move. I’m not huge on the borrowing thing, but I think to move on to where we need to be in Vernon I think it is a great idea,” said Joanne Knorr.

“I think that’s a lot of money. I don’t think we should be borrowing it to improve on something that we’ve already got,” said Kirt Jones.

“I know it sounds like it is hard because we are spending more money but I think that’s super important for the community,” said Myrika Godard. “I just believe it keeps a lot of people out of trouble just staying in sport.”

Vernon planning for new pool as Coldstream pumps the brakes

The city is looking at ways to lessen the cost through grant applications or donations but the funding isn’t guaranteed.

“I’ve already applied for one $6-million grant and that would just about cover the cost of the design of the facility and we certainly will be looking at other opportunities in the future,” Ross said.

A series of information sessions are planned prior to the October 15 referendum.

More information about the referendum is also available on the city’s website.