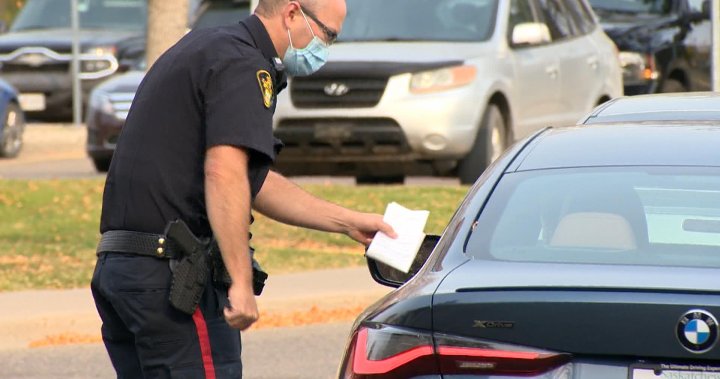 Police departments across Saskatchewan have been busy this summer, especially in the month of July.

According to the July traffic safety report, SGI reported 497 vehicles were stopped in July for alleged impaired driving. This marked the most impaired driving offenses in a single month so far this year.

Out of the nearly 500 drivers stopped, 292 were charged with criminal code offences while the others received roadside suspensions.

While the number of crashes, injuries and deaths has gone down over the last 10 years, impaired driving is still the leading cause of death on Saskatchewan roads.

“We’ve seen very strong improvements over the course of the past decade, basically those numbers being cut nearly in half,” McMurchy explained. “But when you look at the monthly reporting of impaired drivers caught by police and you see nearly 500 caught in a single month, that tells you that the problem has not been solved.”

Police were also busy with distracted drivers in July and reported a total of 581 offences — 454 of those were for using a mobile device. SGI said distracting driving still accounts for roughly one in five injuries on the road and is one of the leading causes of death.

Other notable stats from SGI’s July traffic safety spotlight include:

McMurchy said moving forward into the end of summer, they hope to see fewer impaired driving incidents, and it starts with planning ahead.

“For people who are out there enjoying the summer, we want you to have a great time,” he said. “But just making that plan for a safe ride home and if you didn’t make that plan, finding a safe ride home at the end of the day, because there’s never a good reason to get behind the wheel when you’re impaired.”