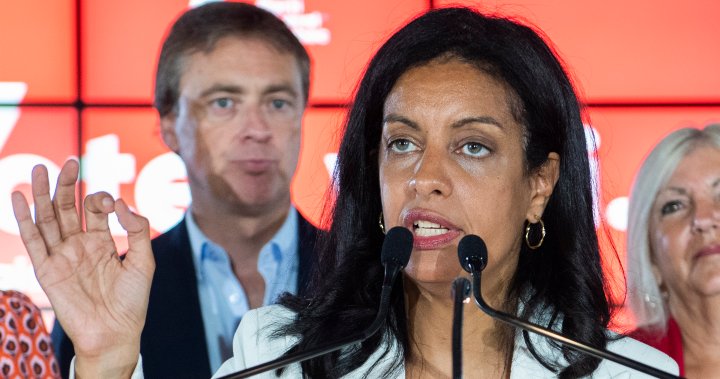 Coalition Avenir Quebec (CAQ) Leader Francois Legault is being criticized for referring to Liberal Leader Dominique Anglade as “that lady” on Day 1 of the provincial election campaign.

Legault was asked by reporters during his first campaign stop to respond to claims by Anglade, who said Quebec’s economy is struggling.

He responded that Quebec’s economic growth is doing better than Ontario’s, adding that he didn’t know why “that lady” says the province isn’t doing well.

Anglade tweeted shortly after, “My name is Dominique.”

The CAQ leader’s comments were criticized by opposition parties and pundits, as well as on social media.

Legault, who referred to the Liberal leader by name later while taking questions in English, says he omitted Anglade’s name because he didn’t want to “personalize” the debate.