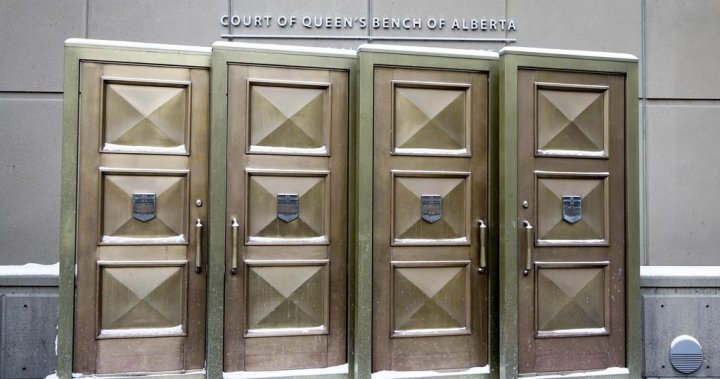 
A trio of Alberta lawyers’ associations are stepping up their work stoppages after receiving an unsatisfactory response from the justice minister.

“Through escalating work stoppages, our members will make clear to the government that Legal Aid Alberta’s budget needs to be increased now,” a joint statement read on Thursday.

“When Crown Prosecutors threatened job action, the government found money to increase their salaries within weeks. When asked to stand up for impoverished Albertans in legal jeopardy, however, Minister Shandro says they can fend for themselves until 2023.”

The associations wrote letters to Shandro about the “perpetual underfunding of Legal Aid Alberta,” demanding a response by July 29.

On Sunday, Shandro took to Twitter to say a review process is underway “to address administrative efficiencies” and the province was willing to consider Legal Aid’s operating budgets and financial eligibility guidelines (FEGs) for applicants.

However, that work must be done after the current review is complete and through the 2023 Budget process. 3/3

“However, that work must be done after the current review is complete and through the 2023 Budget process,” Alberta’s solicitor general tweeted.

Thursday, the defence lawyers associations said a meeting with Shandro had been offered.

“We are left wondering – to talk about what?” the joint statement said.

The defence lawyers announced a number of escalating work stoppages.

“By prohibiting examination of the budget and FEGs, the government has doomed this committee to fail. Its work is a waste of taxpayer money, in the façade of a ‘consultation.’ We refuse to legitimize its work by continuing to participate.”

3:51
Legal Aid Alberta on how the pandemic has continued to affect court cases

Legal Aid Alberta on how the pandemic has continued to affect court cases – Feb 1, 2022

They also threatened to withdraw all duty counsel services provided to the Justice of the Peace bail office for the first two weeks of September.

“Our members have been clear – if Minister Shandro persists in his failure to ensure equal access to justice for all Albertans, further services will be withdrawn,” the lawyer associations’ statement said.

In a statement from Minister Shandro’s office, a spokesperson said the province has reached out to all three lawyers associations and confirmed a meeting between the associations, Shandro and the president and CEO of Legal Aid Alberta will be happening in the “near future.”