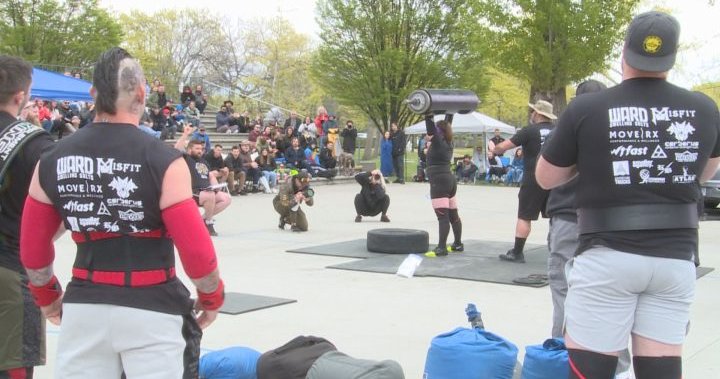 
Amateur strongmen and women in the region were out in force at City Park, competing in the first ever Kelowna’s Strongest competition.

“I’m over the moon, everything is going to plan, I’m just so happy for each and every athlete that’s here,” said Fuhrmann. “It’s far past my expectations of what I thought we could do.”

More than 200 people showed up to cheer on the competitors, watching the athletes lift thousands of pounds throughout the day.

“I was not expecting as many people as we have here, its really nice to see,” said Elizabeth Williams, a Kelowna resident. “Its nice to have some normality and just being able to stand around, chat about something that isn’t covid.”

Safety concerns in downtown Kelowna on the rise, survey says

Maria Barwig was one of the standouts of the meet. She’s been training for over a year and a half, competitively.

“Strongmen and strong women are typically a hidden thing and to see this many people out here supporting us is so awesome,” said Barwig. “We are definitely feeling all the love and support.”

The top three athletes in each division will qualify for a provincial tournament, where they will compete for a spot at a national competition.

Hans Fuhrmann said he plans on making the event annual, especially with the large turnout the event had this year.