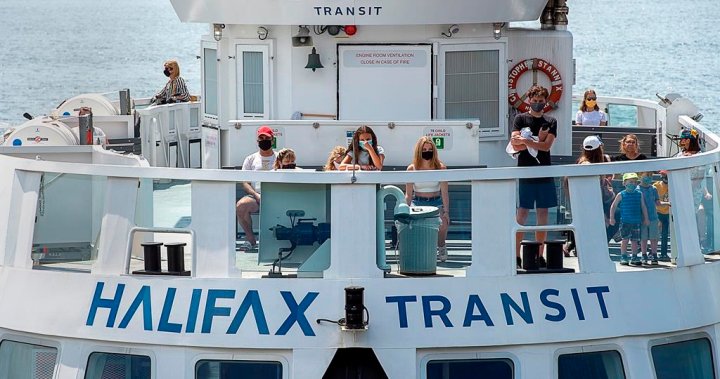 Halifax Transit, which has cancelled a number of trips in recent weeks due to staffing shortages, says there are now a number of disruptions to its ferry service between Halifax and Dartmouth.

Beginning Monday and lasting for at least the next two weeks, the Alderney ferry will be reduced to 30-minute service, rather than 15, from 2 p.m. onward.

The change is due to crew availability, Halifax Transit said.

Also Monday morning, the transit service tweeted that due to staffing shortages, a total of 12 trips between Dartmouth and Halifax on the Woodside ferry were cancelled, effectively reducing the service from every 15 minutes to every half hour.

Halifax Transit also said there was no ferry shuttle provided from Woodside or Halifax.

“We apologize to our passengers for the inconvenience,” the tweet said.

The service disruptions to the ferry comes on the heels of weeks of bus trips that have been cancelled because there are not enough staff to drive them.

As of Monday, a total of 75 weekday bus trips were cancelled.

Earlier this month, Shane O’Leary, president of Amalgamated Transit Union Local 508, said more and more bus drivers, accessible van drivers and ferry operators in the city are quitting because the pay has not kept up with the rising cost of living and the work hours are long.

He said it’s typical for many Halifax transit operators to work 60 to 70 hours a week, and the hours continue to be extended as workers cover for the lack of drivers in the system.

Passengers are aware of the issues causing people to quit, but @hfxgov ignores & asks for a report from staff who won’t actually talk to our members to discover the real issues making drivers & ferry crew to walk away. #plsRT #Halifax #NovaScotia #hfxtransit @CBCNS @haligonia

The city is actively recruiting new transit operators with the help of a marketing campaign and regular transit employment information sessions.

However, the union said in a tweet Monday that the city is ignoring the issues causing operators to quit.

The city has proposed dates in October to negotiate a new transit operators contract; the current one expired Aug. 31, 2021.