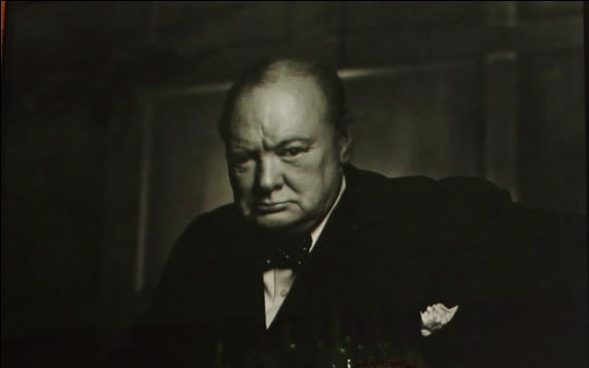 It’s not clear how they did it: was it a clandestine operation, carried out under the cloak of darkness? An elaborate ruse, designed to fool onlookers? Or something else?

However it happened, it’s clear those who stole a world-famous portrait of Sir Winston Churchill from the Chateau Laurier planned the heist meticulously.

It took more than eight months for anyone to realize the photo hanging from the wood-panelled walls of the Reading Lounge was a fake.

“It was very premeditated,” said Bonnie Czegledi, an Ontario lawyer who specializes in international art and cultural heritage law.

Art heists don’t surprise Czegledi, but she was surprised to hear this portrait was stolen, “because the subject matter is so specific.”

Even those who have dedicated decades to studying Churchill’s legacy are baffled.

Historian Andrew Roberts, who wrote a biography of the former British prime minister, called it “a rather bizarre story.”

“It is not a Picasso,” said Ron Cohen, president of the Sir Winston Churchill Society of Ottawa.

“That said ? I do believe that it is probably the most famous single photograph of any political individual, ever. I think it’s an extraordinary piece.”

The portrait has a significant connection to the Chateau Laurier itself. The photographer, Yousuf Karsh, lived in the hotel for 18 years. It was home to his studio for 20 years.

When Churchill made a wartime speech to Canada’s Parliament in 1941, Karsh was asked by then-prime minister William Lyon Mackenzie King to take his portrait.

The resulting image of Churchill standing with one hand on a chair, another on his waist, scowling into the camera, captured the mood of the Allied nations. He appears defiant and determined. Scholars say the photo steeled the Allies’ resolve.

The Karsh Estate says the photographer’s entire portfolio of 350,000 prints and negatives was turned over to Library and Archives Canada upon his death in 1992, and no further copies were to be made.

Still, this not the only copy in existence — it’s not even the only original.

Ottawa’s Rideau Club has another in its Churchill Room.

One more hangs in the chamber of the Speaker of the House of Commons, near the very spot it was taken.

Richard Langworth, a senior fellow at the Hillsdale College Churchill Project in New Hampshire, said he can’t understand what was “so singular” about this particular portrait.

“Why bother?” he said. “And then to replace it with a fake?”

Several experts believe the thieves had a specific buyer in mind.

Photos taken by guests have enabled hotel management to narrow down the timing of the theft to a 12-day period between Christmas Day and Jan. 6.

No surprise there, Czegledi said.

“Holidays like Christmas and New Year’s are very high risk for art crime and art theft because people are preoccupied with other things.”

The story has captured the imaginations of many around the world. It’s not every day an art heist happens in one of the most well-known buildings in the national capital.

Oddly, the timing of its discovery last week is almost 50 years after the largest art heist in Canadian history was pulled off in Montreal.

Known as the Skylight Caper, the story reads like a movie script.

On Sept. 4, 1972, a man scaled a tree near the Museum of Fine Arts in the middle of the night. He lowered a ladder from the roof to two others, who made their way to a skylight that was under repair.

A disabled security system allowed them to open the skylight, drop a 15-metre-long rope inside and shimmy down the onto the second floor.

They bound and gagged three security guards, with one thief holding them at gunpoint as the others went through the museum and gathered up 55 pieces. Among them were 17 paintings, including a Rembrandt.

“A spokesperson for the museum (at the time) had said that they had very discriminating taste,” Czegledi said.

What followed was equally theatrical: a ransom demand, including an envelope full of photos sent as proof of possession to the museum’s director; the return of a stolen locket, left in a phone booth; the return of a painting by Breughel the Elder, left in a train station locker; and plans for a secret rendezvous with the thieves.

In the end nothing more was recovered and no one was arrested.

“The problem is that the beauty of these objects detracts from the seriousness of the crime,” Czegledi said.

The Canadian Heritage Department said in a statement that art trafficking has “evolved from a cultural issue, to one of transnational organized crime and as a source of financing for terrorist groups.”

“It can be looked at as a matter of national security,” Czegledi said. “We’re seeing some terrorists and organized crime diversifying their portfolio in the art world.”

Canada does not keep specific statistics on art theft, instead lumping it in with all other manner of property theft.

Czegledi said that amounts to a poor understanding of both the scope of the problem and the intangible value of art.

In the United States, the Federal Bureau of Investigation has a specially trained unit dedicated to art theft. The only place in Canada with something similar is Quebec, which set up its own unit in 2008.

Canada doesn’t have specific anti-money laundering laws for art, unlike the U.K.

Czegledi said more robust investigation and prosecution would go a long way, as would sentencing guidelines for judges who might not understand the art world.

“Because of the atmosphere here, we’re a soft target.”

Canada has signed on to a United Nations convention banning the import of cultural property illegally exported from another state that is a party to the convention.

But the United States requires separate agreements with individual countries regulating the movement of cultural materials. It has deals in place with more than two dozen countries. The agreement with Canada expired two decades ago.

“A request by Canada for renewal of the agreement upon its expiry in 2002 was unsuccessful,” a spokesperson for Canadian Heritage said, adding that law enforcement agencies work together on an ad hoc basis.

Czegledi said it’s tragic that art theft continues. “How many lessons do we need to have, to learn?”