Canadian women are on the rise ahead of Rugby World Cup in New Zealand: coach | TIF News 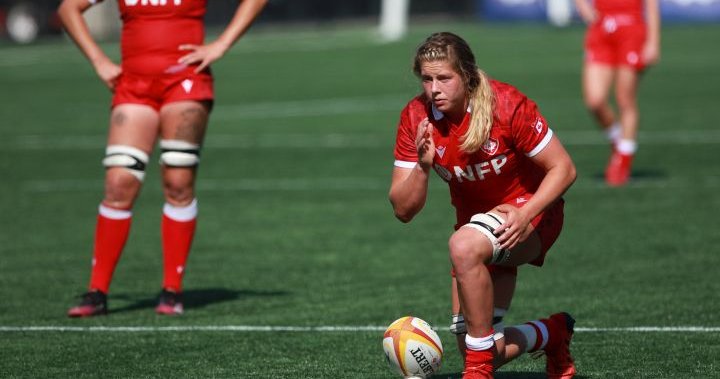 Canada coach Kevin Rouet has named his 32-woman roster for the Rugby World Cup this fall, a team he expects will show improvements each time out at the 12-country tournament in New Zealand.

While the fourth-ranked Canadian women have spent the better part of the last two months together, other top teams like No. 1 England, No. 2 New Zealand and No. 3 France consistently spend time together. Rouet says that means his squad has potential to grow.

“`I said to the girls (that) we will improve more than all those teams,” said Rouet, a France native who now calls Quebec City home. “Because we don’t get the chance to be together.

“We just need to be confident that every time we get a chance, day by day, we improve more than they could. We are going to slowly close the gap.”

Rouet says his team proved that this summer.

“Every game is better than the one before,” he said.

The squad will be led by No. 8 Sophie de Goede, whose parents Stephanie White and Hans de Goede are both former Canadian captains.

The 23-year-old de Goede has just 13 caps but has proved to be a force from the back of the Canadian scrum both as a ball-carrier and tackler. A two-sport athlete at Queen’s in rugby and basketball, de Goede also serves as Canada’s long-distance place-kicker with scrum half Brianna Miller handling other kicking duties.

“Whether she’s on the field or not, she always helps,” Rouet said of Russell. “It’s something I value a lot.”

The competition was originally scheduled for September-October 2021 but was postponed due to the pandemic.

While the Canadian women have worked to integrate their sevens and 15s programs in recent months to maximize their talent, the pandemic had made for a congested schedule as competitions were squeezed in. The Rugby World Cup Sevens, for example, run Sept. 9-11 in South Africa.

Sevens veterans Elissa Alarie and Karen Paquin, both on the World Cup roster, elected to focus on the 15s team this summer. Pam Buisa, Chloe Daniels and Renee Gonzalez, who have been with the sevens squad, are among the eight non-travelling reserves on the Canada World Cup team.

Rouet says other countries have had to deal with the sevens/15s fixture congestion, which he expects to ease next year,

The Canadian women placed fifth at the last World Cup, in 2017 in Ireland, after finishing runner-up to eventual champion New Zealand in group play.

Canada was runner-up to England in 2104 in France, its best performance at the tournament. The Canadians finished fourth in 1998, 2002 and 2006, when it hosted the competition.

Russell, tied with sister Kelly Russell, as the third most-capped Canadian woman on 53 caps, will overtake Maria Gallo at No. 2 on that list with three more appearances. Gillian Florence tops the lost with 67 caps.

DeMerchant and Beukeboom, currently tied for fifth on the list, will both reach the 50-cap milestone with their next appearance.