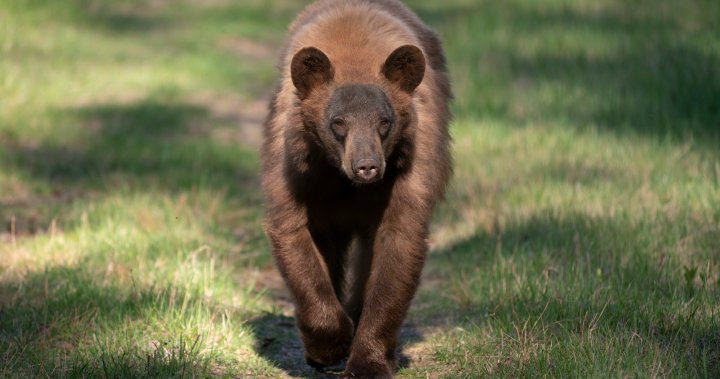 As fall approaches the prairies, you may start to notice a few more black bears out in the country, especially the Fairy Hill regions of Saskatchewan.

Only 20 minutes north of Regina, Fairy Hill spans over 1,480 acres and is part of the Qu’Appelle valley and home to many wild animals and ecosystems.

Saskatchewan starts September with heat warnings across the province

“Being in the Qu’Appelle Valley is part of a really important wildlife corridor,” Kayla Burak, the engagement manager for Nature Conservancy of Canada (NCC) said.

“We can see large mammals in the Qu’Appelle Valley including the black bear, cougars have been spotted on our trail cams, moose, elk as well as many different types of waterfowl, songbirds and hawks, great blue herons. It’s home to a diverse number of species, for sure.”

After sightings of a bear in the community, NCC is reminding people to be loud on the trails to keep bears away, and travel in groups if possible.

“The best way to be prepared is let the bears know that you are there,” Burak said. “Try to hike in groups right now if you can, because you’ll talk more and make more noise. Talk, sing, clap. If you have kids with you, make it fun.”

She said if you do encounter a bear, it is best to stop, take a step back, talk in low tones and generally the bear will go away on its own. However, if the bear does approach, being prepared with bear spray or bear bangers is the best defence.

With fall right around the corner, you can expect to see bears more often, as they stock up for the winter.

“While it’s not really common that we see black bears all the time, it’s not uncommon,” Burak said. “There’s a great habitat for them and the fact that we’re seeing them is a good thing. That means the habitat is connected and there’s good habitat for them out there. So we might be more prone to seeing them this time of year because they’re preparing for hibernation.”

Along with the bears, Burak said people can expect to see a lot more moose and elk in the area as matting season approaches.

As with the bears, the best defence is to make noise up and down the trail.