As Calgary students head back to school, some raise concerns about class sizes | TIF News 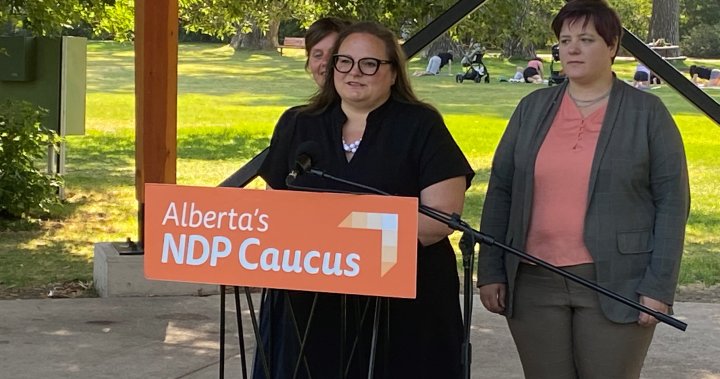 With Calgary students heading back to school this year, advocates wonder how the education system will handle all the new learners.

Many kids in the southern Calgary community of Mahogany will be able to attend classes in their own community for the first time. Until now, kids who live here were bussed to Riverbend, a 15 kilometre bus ride.

Mahogony School has roughly 530 kindergarten to Grade 4 students registered for the 2022-23 school year, with capacity for 600 students when the school expands to include Grade 5 next September.

It’s one of four new schools that opened this week in Calgary, including two in Auburn Bay and one in Prairie Sky on the city’s eastern edge.

But education advocates wonder if the new schools be enough to house all the students headed back to class?

Support Our Students Alberta said this year is especially important, after years of disrupted learning due to COVID-19. They worry too many kids will be packed into classrooms for students to receive the supports they need.

“We see class sizes increasing this year for a number of reasons — more kids returning from remote learning situations, under-funding from the government which we track quite closely — that all will spill downstream and the affect will be larger class sizes throughout the province,“ said Wing Li, communications director for Support Our Students Alberta.

What the average class size is expected to be in Calgary and throughout the province isn’t exactly known yet.

The Calgary Board of Education and the Calgary Catholic School District note the province discontinued dedicated class size funding and monitoring during the 2020-21 school year.

Both school systems say they continue to work to keep class sizes reasonable.

The CBE will see more than 126,000students enrolled district-wide this year, up more than 3,000 students since 2020-21. At least 600 of the new CBE students have moved to Calgary from Ukraine.

The Opposition NDP questions how the education system will keep up with the growth.

“We have been speaking with teachers about the complexity in the classrooms,” NDP Education Critic Sarah Hoffman said Thursday. “We have many refugee students this year — in larger numbers than we have often seen in the past — plus we have larger class sizes because we know the government has not kept up with inflation or population growth. So it’s not going to set kids up for success.”

“At the same time we know that maybe Alberta students are still struggling with significant loss of learning,” continued Hoffman.

“This is the year that we need to employ the most resources to make up for those gaps in learning that were not fault of their own, no fault of their parents.”

The province says there is adequate funding in place.


In a statement, Education Minister Adrianna LaGrange insists adequate funding and teacher supports are in place.

“It’s disappointing to see some individuals within the education system and the public playing politics on the first day back at school for many children. School authorities are extremely well-funded. In fact, they are being funded at record levels and have over the past few years saved tens of millions in operating reserves,” La Grange said in a statement.

The province acknowledges it has done away with individual class size tracking and moved to a new funding model when the UCP formed government in 2019.

“I understand that bringing in an entirely new funding model in 2019, just before the pandemic, has been a learning curve for everyone. That is why we said from the very beginning we would be listening to school authorities and making changes as needed,“ the statement from La Grange continued. “I’m confident that students are returning to school with the staff, resources, and supports they need to succeed in the 2022/23 school year.”

The Alberta Teacher’s Association says final enrollment numbers won’t be available for several weeks as students continue to register, but the ATA says the association is already hearing from teachers who say their class sizes have increased this year.