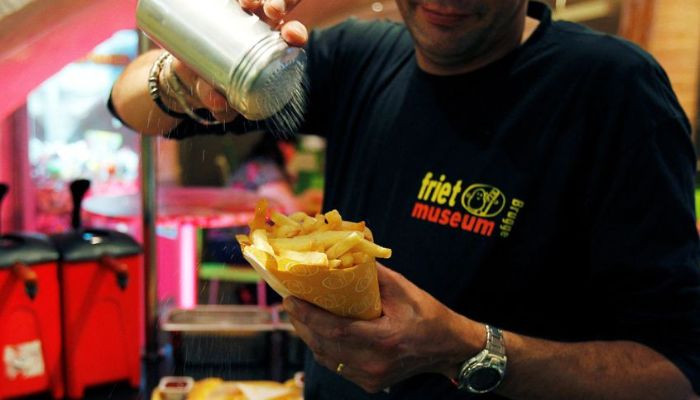 PARIS: Europe’s blisteringly hot summer is forecast to result in the smallest potato crop in years, threatening further price rises for popular foods such as fries just as consumers contend with spiralling inflation.

Potatoes, a staple for households whether bought fresh or as prepared items such as fries or crisps, are among summer crops to have suffered this year from record temperatures and Europe’s worst drought in 500 years.

Parched conditions in Germany, France, the Netherlands and Belgium — the northwestern belt that accounts for most European Union potato output — could push EU production to its lowest on record, below that seen in similarly drought-hit 2018, according to analysts World Potato Markets.

Soaring energy and food prices have fanned a sharp rise in inflation, which in the euro area has risen to 9%, levels not seen in half a century.

European producers caution that crop estimates are tentative before the main harvest gets underway in September, and that rain showers and recent cooler temperatures may bring late relief. But on some farms, there is scant hope.

In Juelich in western Germany, grower Erich Gussen says as much as half the crop may be lost due to drought, and that any rain now would come too late. “Nothing will continue growing here,” he said, surveying a shrivelled plot.

Germany’s agriculture ministry did not give a harvest forecast in an Aug. 26 crop report, but said prospects for the potato crop had “drastically worsened”.

The EU’s crop monitoring service this week cut its monthly potato yield forecast by 2.5%, though its revised outlook matched the average of the past five years.

France may be hit hard. Yields there may be at least 20% below the 20-year average, according to French producer group UNPT, based on latest field surveys.

Irrigation has curbed the effect of drought on equipped farms, but plants have also wilted in successive hot spells.

“Whereas water stress we can handle, with heat stress there’s nothing we can do,” said Geoffroy d’Evry, a grower north of Paris and UNPT’s head. “We’ve had hot spells before, but in terms of temperature peaks and their duration, we’ve never seen that.”

Heat is seen as a risk both for yields and quality, with the shape and colour of tubers altered by high temperatures.

That could pose headaches for processing potatoes, for which contracts stipulate criteria such as how long fries should be.

“It will cost more for the industry, more for the consumer, but the biggest cost will be for farmers,” said Christophe Vermeulen, chief executive of Belgian industry group Belgapom, estimating the country’s crop could fall by as much as 30%.

“It’s too early to say how much, but what’s for sure is that we are not going towards cheaper prices,” he said.

His shop already increased prices by around 10% this year due to energy costs, which can weigh more than potato prices in the cost of making fries.

International food firms like McDonald’s have also raised prices this year in response to mounting commodity costs, with fries among items increased in Britain this summer.

Neither McDonald’s nor McCain Foods, a major producer of frozen fries in Europe for McDonald’s and its own retail brands, responded to requests for comment on the possible impact of the European harvest.

French farmers in 2018 had to renegotiate contracts with buyers like McCain to allow shorter fries after that year’s drought. Bernard Ouillon, managing director of French potato sector body GIPT, said there could be similar issues this year.

On the EEX exchange, the most active European potato futures, for April 2023 delivery, are up nearly 50% so far this year, having reached a contract high in early August.

Any retail price rises are unlikely to dent demand for affordable staples like frozen fries, despite the inflation strain on households, Ouillon added.

In Brussels, Maison Antoine customers like IT services worker Helain Schoonjans said they were unlikely to be deterred by prices of what is an occasional eat-out treat.

But in the supply chain, farms and companies may have to work hard for crops, in contrast to two years ago when coronavirus lockdowns left potato stocks piling up in northern Europe.

“People are going to be eking out every last bit,” d’Evry said.