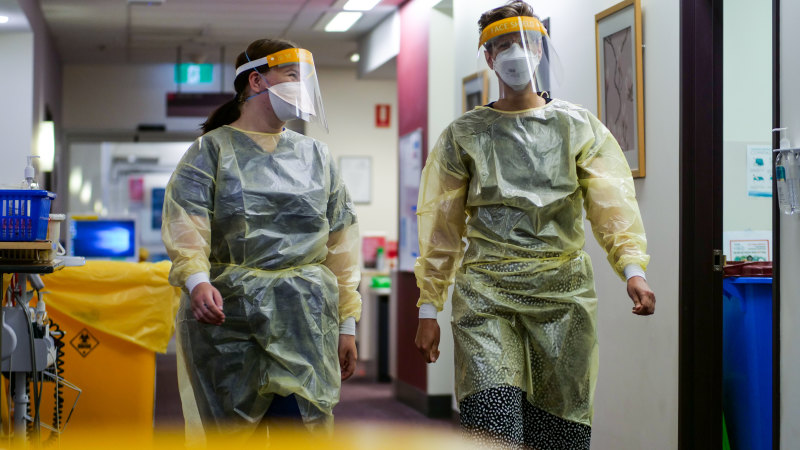 “Year 11 and 12 students who are thinking about what they might like to do as a career, they can choose nursing, free of charge, a full scholarship covering every dollar of their HECS,” Andrews said.

Speaking on Sunday morning, Opposition health spokeswoman Georgie Crozier said Victoria had “a health crisis that is worsening by the day”. She said the premier was making Sunday’s announcement after years of seeing the system deteriorate.

“Daniel Andrews has had eight years” to address problems in the health sector, she said, and was making Sunday’s announcement on the even of a state election campaign.

And she said the money from cancelling the Suburban Rail Loop’s first stage of railway line from Cheltenham to Box Hill – which Andrews said on Sunday would cost around $34 billion to build – would be redirected to the health system.