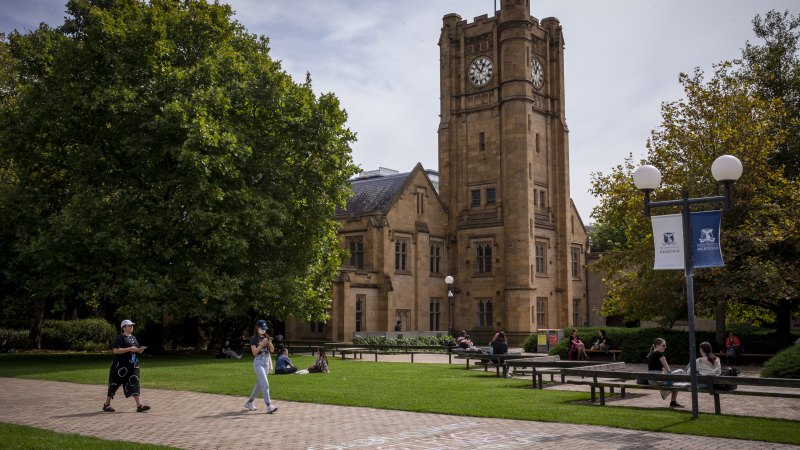 Of the 265,000 domestic students who responded to the national survey, 73 per cent were satisfied with their overall educational experience – up from 68.4 per cent in 2020 – which the survey attributed to a post-pandemic return to on-campus learning.

All Victorian universities recorded an increase in satisfaction from 2020, Deakin University recorded the highest positive student approval rating in the state.

“Vice chancellors have an extremely tough job, but $1 million-plus pay is in excess of the prime minister and departmental secretaries who have equally high-pressured and demanding jobs,” Norton said. “It’s one of the drivers of resentment. There has been no major change over a number of years.”

In August 2021, the University Chancellors Council unveiled a voluntary code to benchmark salaries of university vice-chancellors against top public servants in a bid to make it more transparent.

But Macquarie University Emeritus Professor James Guthrie said that based on his examination of 2021 annual reports, no universities had adhered to the codes when it came to “transparency, incentive plans, remuneration committees and performance reviews”.

Guthrie said it was “impossible” to determine actual vice-chancellors’ remuneration from annual reports because public universities were not forced to disclose remuneration in the way ASX-listed companies were. He called for transparency.

In 2021, the University of Melbourne’s Duncan Maskell received a remuneration package of between $1.45 million to $1.46 million – one of the biggest in Victoria and the second largest in Australia. It was, however, a reduction from his package in 2020 of between $1.5 million and $1.51 million.

A Melbourne University spokesman said Maskell’s package included salary, superannuation and “the value of the benefit” of the university-owned residence where he lives, which was $298,758 in 2021. He said it was reported in the remuneration package for tax purposes.

“The vice chancellor’s salary has not increased since he started at the University of Melbourne in October 2018. Nor does he receive any bonuses,” he said.

The Fair Work Ombudsman is taking the University of Melbourne to court over allegations of underpayment of casual academics.

Federal Education Minister Jason Clare said the survey showed student experience was starting to improve, but there was more work to be done.

“The worst of COVID is hopefully behind us, but its impact on students is still here and you can see it in the data,” he said.