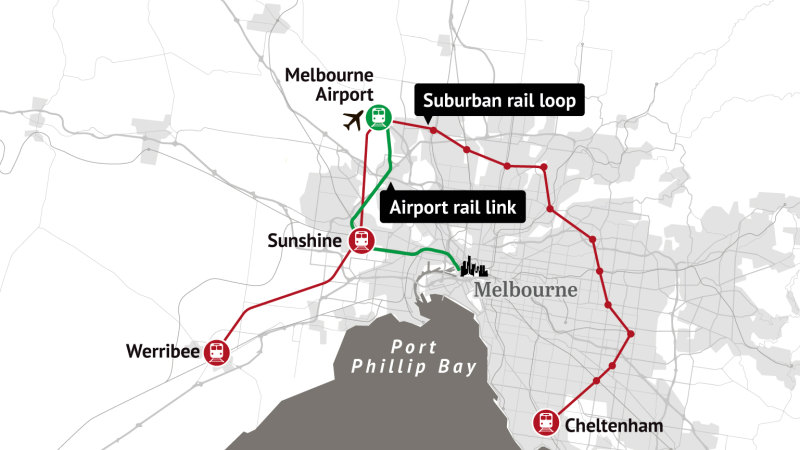 The eastern section of the loop between Cheltenham and Box Hill began construction this year and is forecast to cost $33 billion, according to the watchdog. So far, the state has allocated $11 billion to build the first stage of the project.

The Andrews government expects the first trains to run on the line in 2035.

In Saturday’s report, the budget office considered the 2021 KPMG economic appraisal which was updated in today’s dollars, as well as its own future cost estimate for the build released on August 18.

Benefits and costs were discounted by seven per cent in line with Infrastructure Australia’s assessment framework.

“… Our evaluation is more indicative of whether it is in the social interest to continue to build and operate the SRL [Suburban Rail Loop], rather than an assessment of whether it is financially or economically viable,” the parliamentary budget office stated.

“We do not independently estimate benefits, however, we note that quantifying the value of expected social benefits is less certain and inherently more difficult than estimating financial flows, and is, therefore, more subjective.”

The budget office provides policy costing and advice to member of Victoria’s parliament. The advice released on Saturday was requested by opposition leader Matthew Guy.