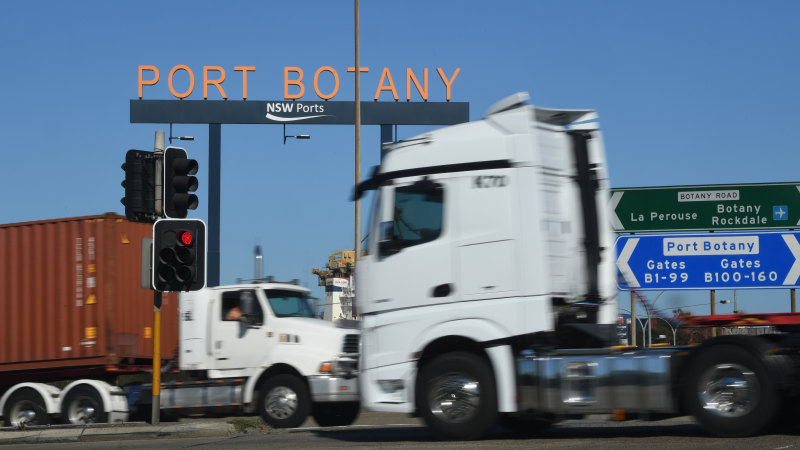 The Grattan report shows that 14 per cent of the country’s truck fleet was built before 1996, and emits 60 times the particulate matter of a new heavy vehicle, and eight times the poisonous nitrogen oxides. It recommends offering financial support to help the owners of old trucks switch to cleaner trucks.

NSW Greens transport spokeswoman Abigail Boyd said the large number of pre-2003 diesel trucks on the road meant there may be no choice but to ban them.

“But any ban must come with a support package for those individual truck owners who would otherwise suffer hardship,” she said. “This isn’t about harming the trucking industry, it’s about providing guidance for future investment decisions.”

In a sign of the challenge, Transport Minister David Elliott told a budget estimates hearing on Friday that there was “no way in the world” the government would meet an aspirational target set by his predecessor Andrew Constance to electrify the state’s fleet of 8000 buses by 2030.

At present, the state has about 100 electric buses, and a further 200 are due next year.

“We know that old diesel trucks have a huge impact on our state’s air quality. This is an issue we can’t avoid,” he said.

He did not comment on whether pre-2003 trucks should be banned from Sydney.

Under the so-called “Euro” standards, a move from Euro-V to Euro-VI requires trucks to reduce nitrogen oxide emissions by 80 per cent, and to halve particulate matter. Canada and the US tightened their pollution standards to Euro-VI in 2010, Japan in 2011, and the UK and Europe in 2014.

However, Australia is one of only six G20 countries that has not adopted, or committed to, Euro-VI pollution standards. The federal government has been considering whether to introduce Euro-VI standards in 2027.

The Australian Trucking Association, an industry body, said it believed the federal government should mandate Euro VI standards for new truck models from early 2024 and for new trucks generally the following year.

A Victorian government spokesperson said it had cut truck trips by 28,000 each year from the state’s roads under an incentive program to move more freight onto rail and reduce road damage, road incidents and heavy vehicle emissions.

The Grattan Institute also urged the federal government to impose binding sales targets for zero-emissions trucks, starting at 2 per cent in 2024 and progressively increasing to cover most new sales by 2040. It argued this would help Australia meet its target of net-zero emissions by 2050.