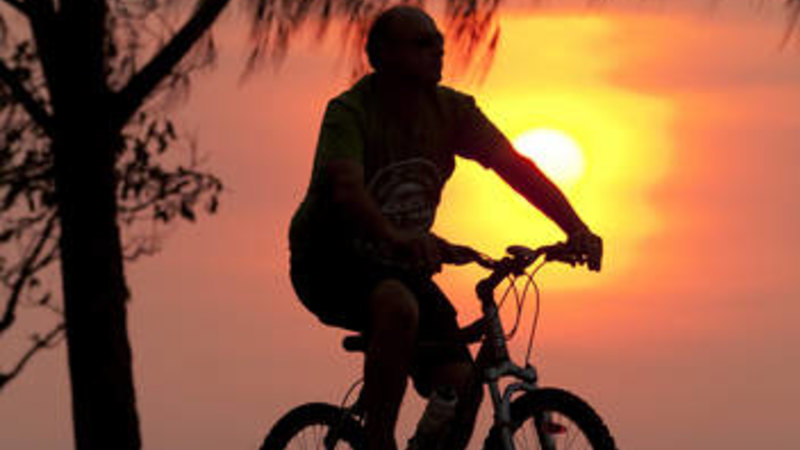 The victim, who phoned triple-zero, told the operator: “Hello, police? Someone is trying to run me over, f—. My leg is f—ing gone, please come.

“She’s been chasing me with a f—ing SUV … she already went through multiple fences, and now she’s coming back for me.”

There was then a brief exchange between the alleged driver and the victim.

Attacker: “What are you f—ing doing? You’re wasting my f—ing time.”

Victim: “What do you want from me? I was just riding a bicycle.”

The victim told the triple-zero operator his attacker had a knife and had called him a racial slur.

At the end of the footage, police can be heard arriving.

They arrested Alabaster, who was allegedly in her car further along Lapwing Street.

The cyclist was taken to hospital with leg injuries, but was released after treatment.

Police do not believe the pair knew each other before the incident.

The court heard cannabis was detected in Alabaster’s system.

Legal Aid lawyer Jakub Lodziak, representing Alabaster, argued that the cyclist’s claim that his client had a knife should be “seriously doubted”, and that at times, the four-wheel-drive was far from the cyclist.

“She said she intends to kill him. She nudged him while he was on a bike using a car. I don’t accept there is no evidence of an intention to kill,” he said.

Lodziak then argued Alabaster’s alleged actions were mostly not directed at the cyclist.

“Well, that’s one view of it. Another view is that she couldn’t find him. She wanted to run him over, but he was hiding in yards,” Boddice said.

Lodziak said Alabaster was only a risk to the community when intoxicated or mentally unwell.

“It would be fair to say, looking at her criminal history, that her behaviour in public and putting others at risk has been escalating,” Boddice said.

The bail application was adjourned to a later date.