Friday no longer on Perrottet’s mind in rail union dispute 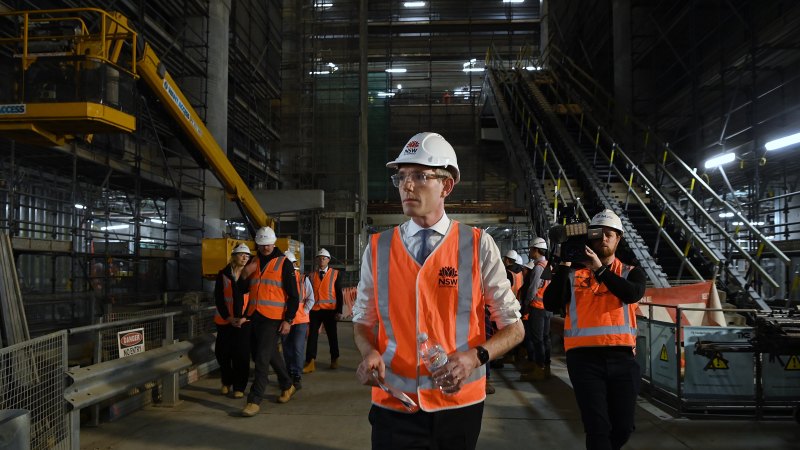 Despite the NSW government’s threat to terminate the rail workers’ industrial agreement failing to materialise, the Albanese government earlier on Friday wrote to the Fair Work Commission airing concerns about a potential rush by employers to rip up collective deals.

Workplace Relations Minister Tony Burke, who has flagged reform to limit employers’ ability to terminate enterprise agreements, told the commission he held concerns that some were using it as a bargaining tactic.

“I am conscious that there is always the possibility that some employers may seek to terminate agreements prior to any amendments,” Burke said.

NSW Employee Relations Minister Damien Tudehope said he was appalled by the federal government’s intervention.
“I think it’s a brazen intervention into the FWC in favour of the rail union,” Tudehope said.

“For a federal minister to intervene in that way is a disgrace.
“The Fair Work Commission should be able to make decisions without political interference. This is appears to be an attempt to influence the decision making of an impartial body.”

NSW Rail, Tram and Bus Union secretary Alex Claassens said his union was willing to return to the bargaining table with the government, but warned of further industrial action if Premier Dominic Perrottet continued to play hard-ball.

“I’m not ruling anything out. I’m saying that we will continue to take this on a day-by-day basis,” he said. “This is about a government that’s trying to boost its electoral chances.”

However, Perrottet accused the rail unions of putting politics ahead of service delivery.

“Whilst it’s not my job to make political assessments, you do have to question how it is that we have a wages policy that leads the nation, yet there is widespread industrial action by the unions in NSW,” he said.

“From my perspective the focus of the election should and will be on the people of NSW and who is best positioned to lead our state into the future.”

RBTU national secretary Mark Diamond said he hoped the federal government’s move to end unfair terminations would force the Premier to “see reason and withdraw his threat against his own workers and come back to the bargaining table”.

“There is no place for political scheming in enterprise bargaining. Premier Perrottet’s actions are a reflection of a government in crisis that thinks it can gain a political advantage by attacking workers,” he said.