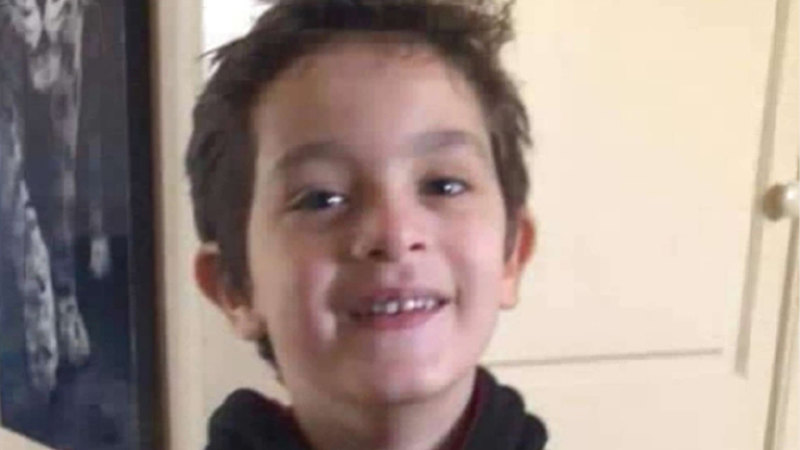 In his opening address, counsel assisting Peter Aitken described Austin’s death as “extraordinarily sad”. He noted Austin was fiercely loved and would be unbearably missed by his family, including two siblings.

“He was an active, happy little boy, barely started on his life journey,” Aitken said, noting that Austin had been diagnosed with asthma in 2015.

He chronicled how Austin’s parents became increasingly concerned over the course of 2018 and 2019 as their son became lethargic and lost his appetite, and would have episodes of shortness of breath or chest pain during exercise, including an instance where he “went to the ground coughing”.

Visits to hospital and a paediatrician did not pick up anything of concern.

The day before his death Austin collapsed at school with chest pain and became unresponsive in the sick bay.

He was resuscitated by paramedics and arrived at Broken Hill Base hospital about 12.30pm.

The inquest heard that paramedics had detected that Austin had a life-threatening irregular heart rhythm, known as ventricular fibrillation.

However, there was confusion on Austin’s arrival to hospital, with paediatrician Margaret Kummerow told Austin suffered a severe asthma attack.

Six minutes later, Kummerow told medical retrieval specialists that Austin was “pretty good at the moment”, and “the way he has responded, I think he’ll be fine to stay here”.

Grilled about those comments, Kummerow defended her actions, saying she had not had time to independently confirm that Austin had a cardiac abnormality.

“Once we formed in our own minds that was exactly what had happened, which was not a lengthy period, there was absolutely no question he needed transfer,” Kummerow said.

At 1.30pm another request for Austin to be transferred to a tertiary hospital was made.

By 3pm Austin’s father became distressed about the delay, but it was not until nearly midnight that his son was medically evacuated.

Forty minutes later Austin went into cardiac arrest again and could not be resuscitated.

Aitken said the inquest would explore whether a speedier transfer would have affected Austin’s chance of survival and whether transfer decisions were appropriate.

The inquest heard it was identified during a post-mortem that Austin had a rare form of congenital heart disease, but experts were at odds over whether that caused his death.

One expert noted that if the abnormality had been detected, surgery may have been considered, but the prognosis was “difficult to predict”.

Dr Timothy Bailey, a doctor who was working in Broken Hill’s emergency department on the day, recalled his frustration at the delays in his dealings with the medical retrieval services and referral hospitals.

“He’s languishing here in Broken Hill, we’ve got no more to offer,” he recalled. “I was very keen to get him to where he needed to be.”

The doctor hugged Austin’s mother and became emotional as he told them their son deserved a better outcome.

“As an emergency department locum I travel widely around NSW, I’ve worked in Victoria and South Australia.

“This is not an uncommon problem … that’s the universal feedback from all the areas I work in,” he said of the transfer delays. I think it deserves prioritisation.”

The inquest continues. The Facer family has consented to the publication of Austin’s photo and name.