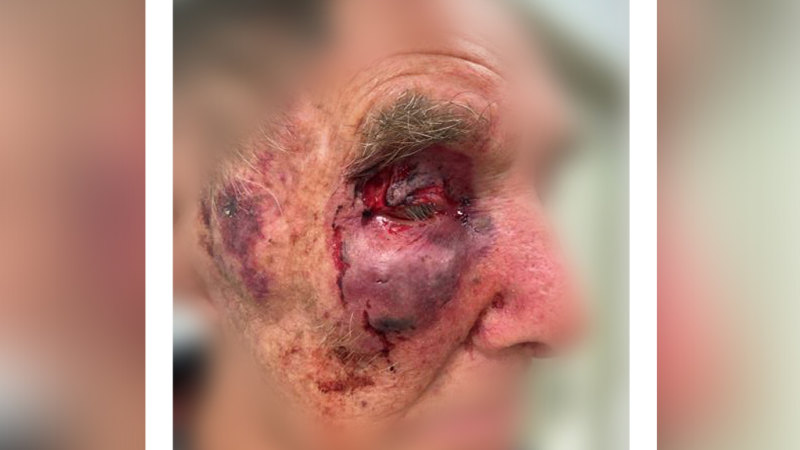 She said her father and his friend managed to drive off after a little while.

“Shaken and in total shock, they rang the police, who came to dad’s house then later to the hospital to take their statements,” Debbie said.

Peter and his friends get together most Friday nights to enjoy dancing, having a sing-along and catching up. He’s been socialising with them at various venues around the Rockingham area for around 15 years but after the attack Debbie said Peter did not want to go out again.

His friends will now leave with him so that he feels safer.

“We are all so confused, especially dad, why the assault has happened. After having stitches to his eyelid, confirmation of several fractures and many appointments for specialists to come he is a lot more cautious when he is out and about and would like others to be aware of their surroundings also,” Debbie said.

A 37-year-old Rockingham man was arrested not long after the attack and allegedly resisted officers and had to be carried to a police vehicle, before threatening to harm police officers and their families and trying to fight officers.

He has been charged with assault occasioning bodily harm, fail to comply with request to give personal details, obstructing police officers and disorderly behaviour in a police station or lockup.

The man has been refused bail and will appear in court on Friday.

The age of criminal responsibility in WA is 10, meaning the eight-year-old boy cannot be charged with a criminal offence over the attack.

Debbie said the family would like to thank police officers who showed compassion and care for her father.