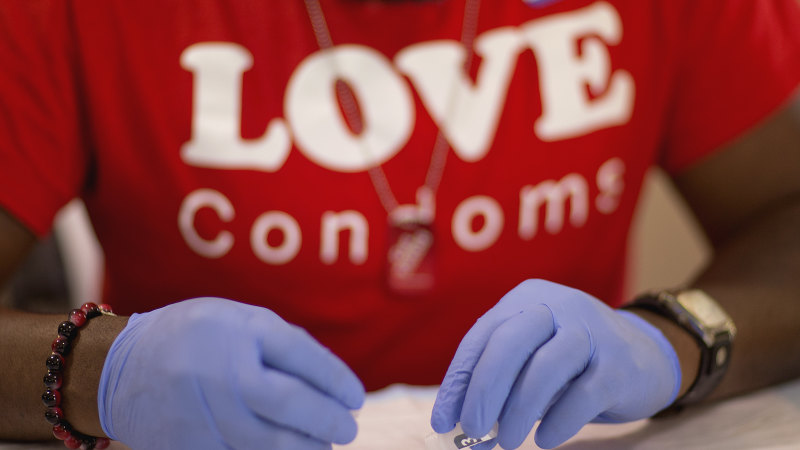 The UNAIDS organisation has set global targets to achieve 95 per cent of people with HIV diagnosed, on treatment and having achieved viral suppression by 2025.

“We are well on a journey to achieving those UNAIDS targets, but we don’t want to underestimate the work to be done,” said adjunct professor Darryl O’Donnell, CEO of the Australian Federation of AIDS Organisations.

“The big task is to make HIV testing really normal for all sexually active adults, for all adults who are having sex with new partners,” he said, expressing optimism Australia could achieve virus elimination.

The National Association of People with HIV in Australia is developing a mail-out HIV national testing service, targeted at groups understood to be under-tested and more commonly diagnosed late – heterosexual men, women, Aboriginal and Torres Strait Islander groups, and people not eligible for a Medicare card. It is due to start early next year.

“As we get to the end of the epidemic, [detecting cases] becomes much more difficult,” said the association’s executive director, Aaron Cogle.

In NSW, mail-order dried blood spot tests are already available for men who have sex with men, first- or second-generation migrants, people who speak a language other than English at home, Aboriginal people, people with a history of injecting drugs and current and former prison inmates.