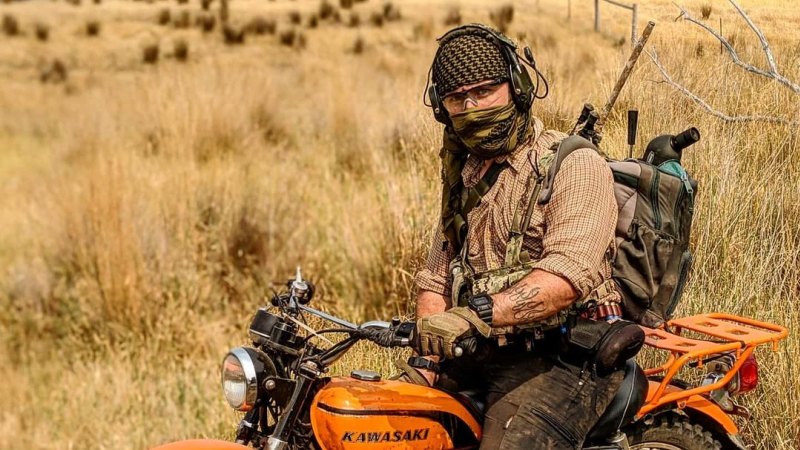 Spiers appeared in Melbourne Magistrates’ Court from prison via videolink on Wednesday, charged with possessing a traffickable quantity of firearms, controlled weapons and ammunition.

According to police documents released by the court, Spiers’ ex-partner was terrified of him due to his obsession with guns and told police he had “a stockpile of firearms at his father’s property”, prompting officers to request a warrant.

In the documents, police claim Spiers is linked to organisations “with violent extreme right-wing ideologies and purchased reading materials in line with this ideology” and argue his military training poses an “extreme danger” to his ex-partner, the public and the police.

“[Spiers] is an anti-government, anti-authority personality and has gone far beyond having an ideology, he has actively sought out the purchase and storage of nearly [60] illegal firearms along with other weapons and kilograms of pre-cursor material capable of making explosives,” the documents said.

The court heard the 29-year-old, who plans to contest some of the charges, had become obsessed with the doomsday prepper lifestyle before his arrest and previously fired weapons and set off explosives at his property as training.

Spiers was unemployed at the time of the alleged offending and unable to find work due to being unvaccinated.

Spiers had been filming a movie in Victoria over the past three years and was described by his cast mates online as a “skilled stuntman, a double black belt and a survival instructor” who had military training.

The court heard Spiers had no prior criminal record but was the subject of an intervention order after becoming verbally abusive towards his ex-partner over her relationship with another man.

Magistrate Johanna Metcalf acknowledged Spiers could probably source new weapons “if he turned his mind to it” but she said bail conditions should be enough to prevent him from engaging in criminal activity.

“This is strict bail,” she said. “I’ve really thought about this matter and I just indicate to you that if there is any offending or any attempts to contact [your ex-partner] or anything of that nature you’ll be back in custody, and it will jeopardise any chance of making arrangements in relation to your children.”

Spiers, who sobbed loudly at the end of his court appearance, will appear in Melbourne Magistrates’ Court again in October.