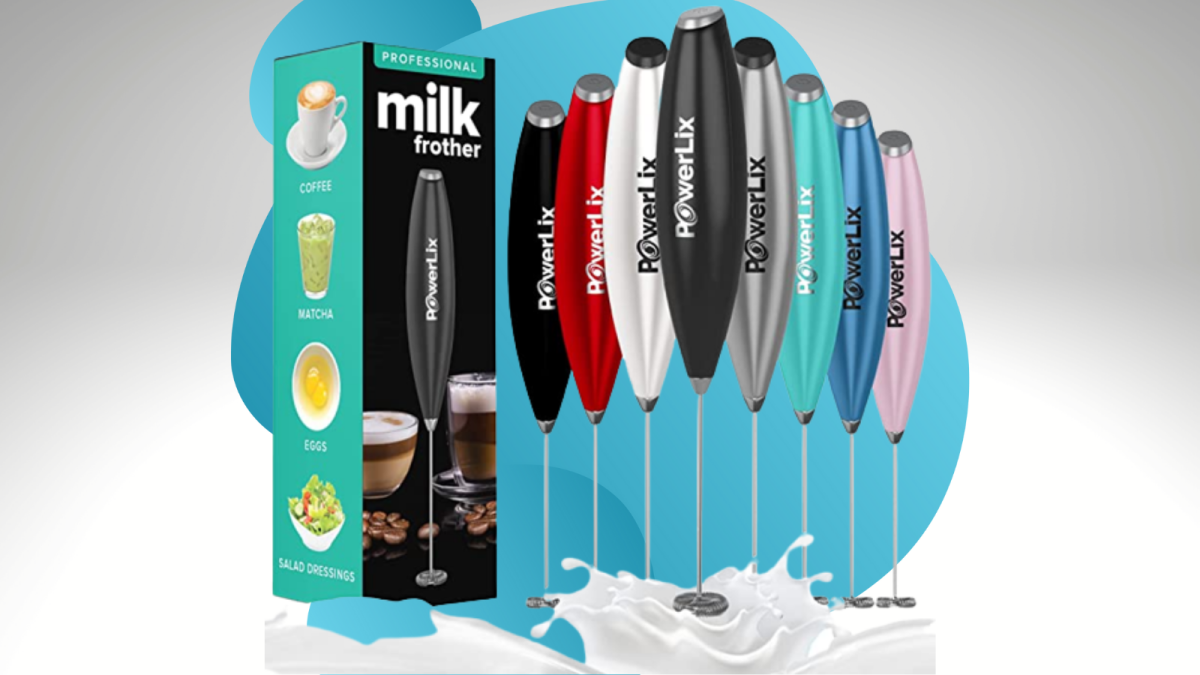 If you’re particularly extra when it comes to your coffee, a milk frother is a must. These tools help you create that frothy steamed milk and cold foam that tops your lattes, cappuccinos, macchiatos, cold brews, and more.

As of August 31, the PowerLix handheld electric milk frother is on sale for only $7.95(opens in a new tab) at Amazon. While typically an already affordable $13.99, it’s currently a Lightning deal (well, sort of — it also hit this ultra-low price a few days ago), which knocks 43% off the usual cost.

One of our top picks, the PowerLix is a battery-operated, handheld frother that works like a miniature electric whisk. Its powerful motor can whip up a creamy froth in as little as 15 seconds, whether you’re using regular dairy milk, nut milk, oat milk, or any other non-dairy milk you prefer. You can use it with hot and cold liquids, but it won’t actually steam the milk itself. It’s more of a one-trick pony than an electric frother that sits on the countertop.