‘Welcome to Wrexham’ is a gripping sports doc, but don’t watch it for the celebrities 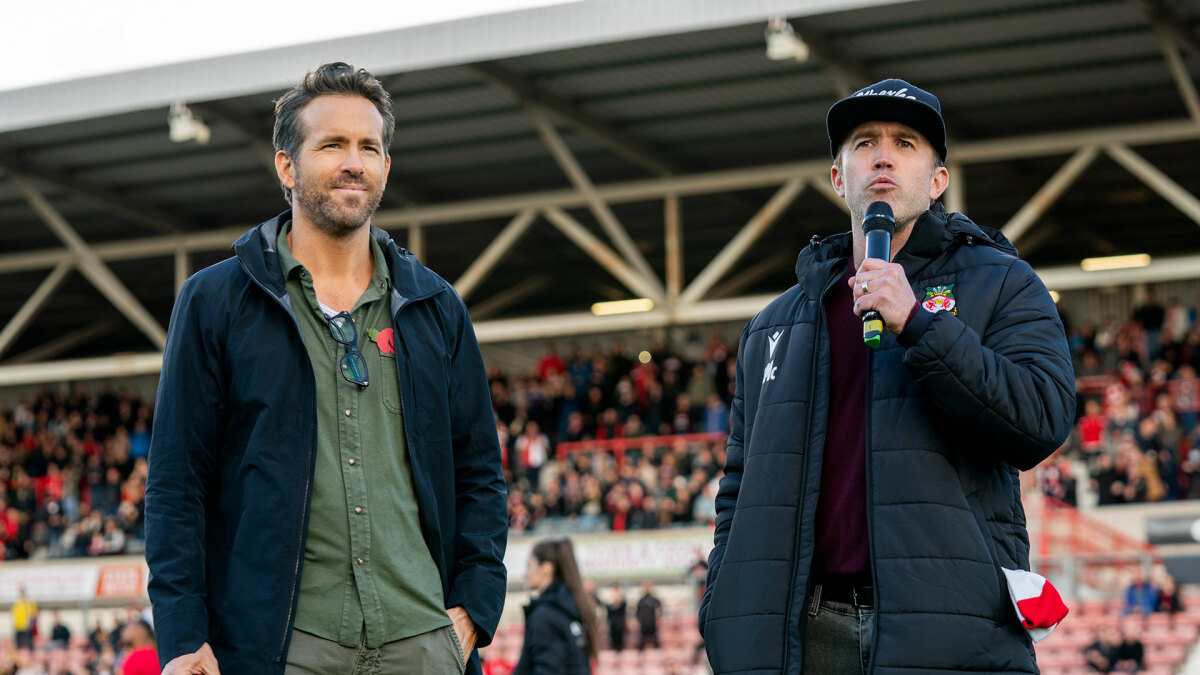 There were a lot of different directions this documentary could have gone in.

When the news broke that actors Ryan Reynolds and Rob McElhenney had bought Wrexham AFC, a football club in the fifth tier of English football, it raised a whole bunch of questions. What would their takeover mean for the club? How would it impact the local community? Why were two Hollywood actors even interested in Wrexham?

Disney+’s documentary series Welcome to Wrexham explores all of those questions over eight episodes, but it focuses mainly on the first two — and it’s the better for it.

The series starts with some necessary history and context. We go back in time to 2020, to the perplexing headlines about McElhenney and Reynolds being interested in the club’s purchase, followed by the public’s reaction as the news ripples out into the local community. The documentary cuts between Wrexham and the hazy sunshine of Los Angeles as the two worlds come together, following McElhenney and Reynolds on a series of video calls as they organise their bid for the club. Meanwhile, while we simultaneously get to know players, coaches, and the people who run things back in Wales.

At one point Reynolds describes Wrexham as an underdog story, and that’s clearly what the documentary is going for…

At one point Reynolds describes Wrexham as an underdog story, and that’s clearly what the documentary is going for — a Last Chance U(opens in a new tab) style exploration of a team fighting to claw their way back into the big leagues, and the impact the game has on both the players and the people who come to watch.

Welcome to Wrexham borrows a lot from Last Chance U. The series is similar to Greg Whiteley’s Netflix doc about U.S. college football in both its style and choice of focus, weaving together interviews and storylines from both new and old players, staff and fans.

Some of these characters and side stories make for the most entertaining parts of the show.

“I’m a painter by trade,” says Wrexham supporter Shawn Winter at one point. “My grandad was a painter, my dad’s a painter. And I fucking hate it.” We watch Winter in the stands with his two sons, and hear him at the the local pub mentioning — almost in passing — that his partner recently left him. Elsewhere there’s Michael Hett, lead singer of a local band, The Declan Swans, who have had a surprise hit with their song about Reynolds’ and McElhenney’s takeover of the club. Hett is a cancer survivor balancing touring with chemotherapy, wishing for a chance to see Wrexham finally achieve promotion. Then there’s Wayne Owens, owner of local pub The Turf, whose business has taken a hit from the COVID-19 pandemic.

The thing that brings all these people together is their love of Wrexham AFC, and through their stories we get a sense of just how big a role the club plays in the lives of this community.

Amongst all of this, of course, is the game itself. We follow Wrexham AFC as they start a fresh season with a new manager, new players, and dreams of promotion, watching the many highs and lows of saved penalties and last minute equalisers. The documentary does an excellent job of building suspense through its editing, using sound, slow motion, and pained reaction shots to impressively tense effect.

In this way Welcome to Wrexham is both a thriller and a drama, an action-packed sports doc that delves into the lives affected by the club’s ups and downs.

Reynolds and McElhenney, who could easily have been placed at the forefront of the series, don’t feature as much as some might be expecting (at least in the first five episodes, which I was given for this review). The focus is very much on the club rather than its two celebrity owners. Don’t get me wrong, they still play a part –—one entertaining sequence sees them visiting a studio sign commemorating Reynolds’ first movie only to discover it’s made of rubber and falling apart (“This is Hollywood to a tee,” comments McElhenney. “Beautiful on the outside, and just…shit.”) – but in some episodes they barely make an appearance.

If you’re going in hoping for a celebrity reality series that pulls the curtain back on the lives of two Hollywood actors, you may be disappointed. There is an element of that, but for the most part LA stays in the background. If you’re looking for a documentary that captures the highs and lows of football, though, and the lives impacted by the sport, then you’ll be pleased to hear Welcome to Wrexham places its namesake front and centre.

Welcome to Wrexham(opens in a new tab) is now streaming on Disney+ with the first two episodes live, and two episodes to be added each week.