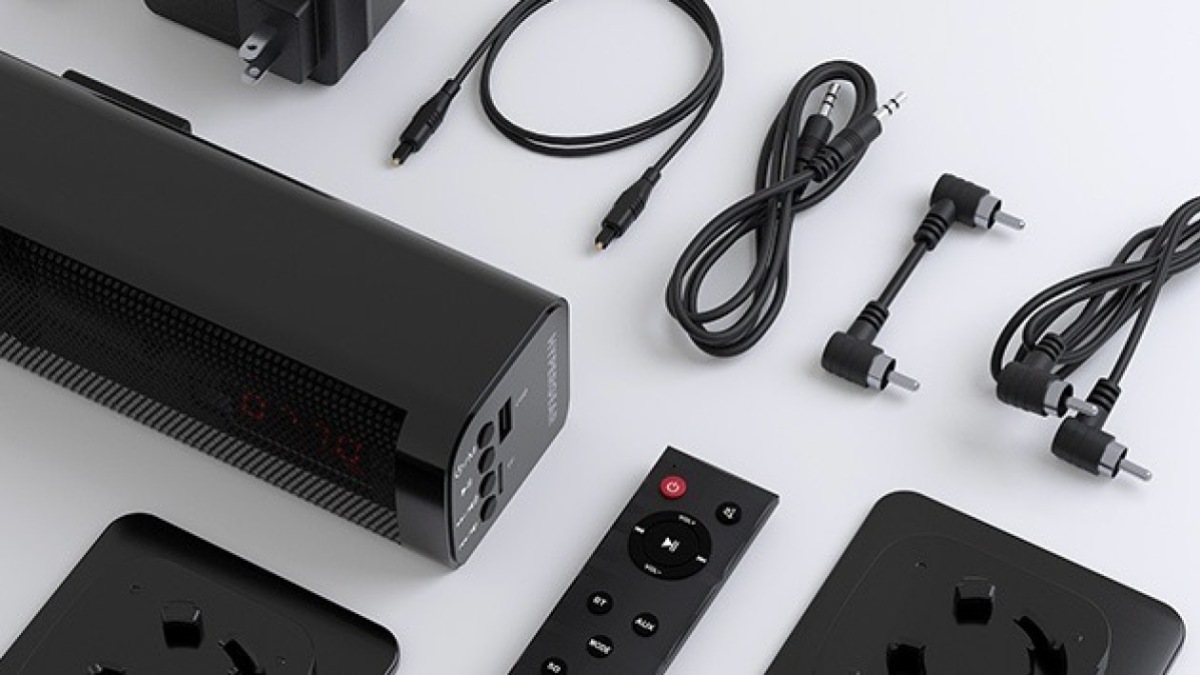 There’s a massive difference between watching movies on your TV like usual and setting up a whole home theater. If you want the middle ground between the two that could enhance your movie-watching setup(opens in a new tab) without requiring a total room overhaul, one starting point could be your sound system. The HyperGear SonicBoom Two-in-One Detachable Soundbar could help you create a more immersive sound landscape in your room, and it’s only $79.99 (Reg. $89).

The SonicBoom has four full-range divers that could provide deep sound that helps immerse you in your movies and shows. You also aren’t limited to using the SonicBoom just on your TV. It has six ways to connect to an audio source, two of which could come from your TV. It is also Bluetooth-enabled, has a port for an AUX cable, and can play files from USB drives and Micro SD cards.

There are many ways to connect to the SonicBoom, but it can also disconnect from itself. For example, you can set it up as one 37-inch soundbar(opens in a new tab), or you could also disconnect it in the middle to turn it into a dual-speaker stereo setup. It even comes with an optional wall mount kit should you want to permanently install it in your home, though it could function just as well if placed on a shelf or TV stand. To control the SonicBoom’s volume, use the multi-function remote control.

A simple way to create an immersive sound environment

Home theaters may be cool, but some require a lot of work to set up. You could give your media room a more minimal setup with an adaptable sound landscape with one (or two halves of one) piece of equipment. For a limited time, get the HyperGear SonicBoom Two-in-One Detachable Soundbar(opens in a new tab) on sale for $79.99 (Reg. $89).