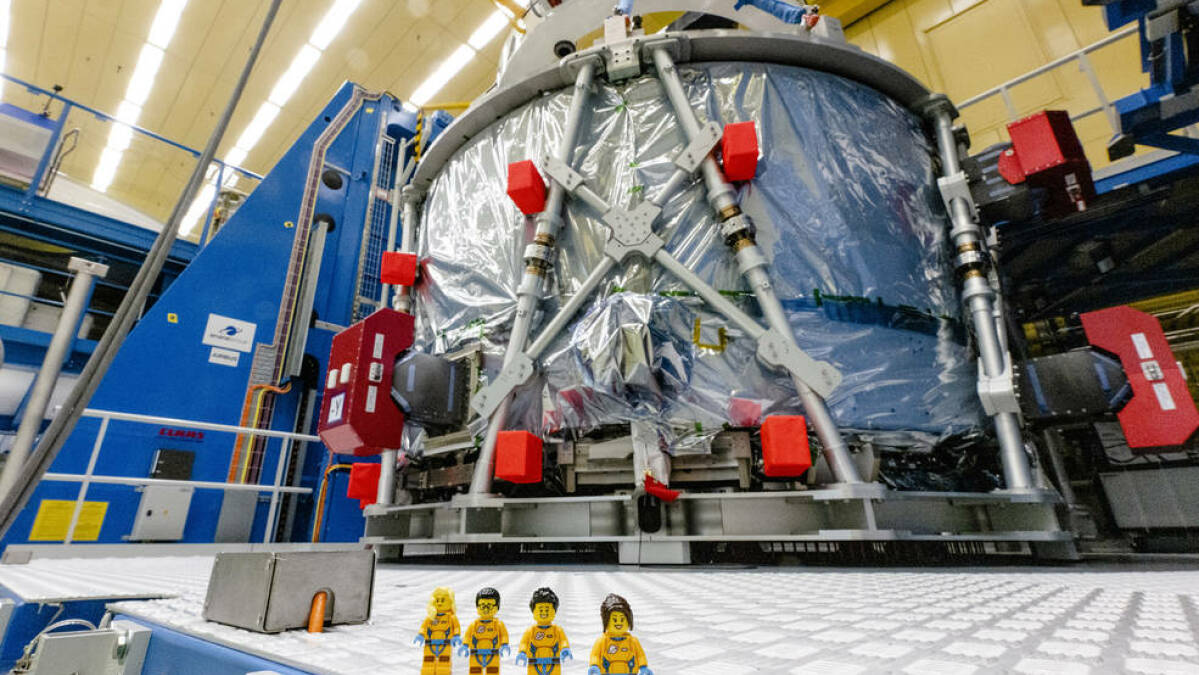 The first astronauts who put boots on the moon took a few space souvenirs — for scientific research, of course.

One of them will get to visit home for the first time in 53 years.

We’re talking about a little rock, by the way, not an astronaut.

NASA‘s Artemis I mission, which could blast off from Cape Canaveral, Florida, as early as Aug. 29, won’t have any human travelers, but its Orion spacecraft is taking an eclectic mishmash of mementos on the 1.3 million-mile journey. Among the bundle will be an Apollo 11 moon rock. It’s well-traveled rubble that also happened to be along for the ride during the agency’s final Space Shuttle flight in 2011.

The “official flight kit,” which consists of about 120 pounds of weird stuff, is established in federal law. Its purpose is to allow NASA, commercial partners, and international organizations to use the mementos as either awards or museum exhibits. In order to get those items onboard, however, each organization has to first put their request in writing for NASA’s approval.

There are a lot of flags, patches, and stickers in the mix, most intended for employees and contractors who worked on the project, but here are some of the less expected items that made the cut. (Spoiler: It’s a heckuva lot of dolls.)

The maiden voyage of Artemis on NASA’s colossal Space Launch System rocket won’t have any crew to let mission control know when the spacecraft has reached the weightlessness of space. NASA plans to put a Snoopy doll in the cabin to use as a visual zero-gravity indicator.

Since the 1960s, Snoopy, the comic strip beagle drawn by Charles M. Schulz, has had a relationship with NASA. Schulz created many illustrations of the dog in space and on the moon. Along with the doll, Orion will carry one of Schulz’s pen nibs, wrapped in a space-themed comic strip, and 245 silver snoopy pins.

The European Space Agency has contributed a small statue of the Greek goddess Artemis, the space program’s namesake. In Greek mythology, Artemis was the twin of Apollo and goddess of the hunt. A 3D-printed replica will fly on the spacecraft, to be displayed later in the Acropolis Museum in Greece.

The Israeli Space Agency, NASA, and Boeing have put bags of tree seeds in the kit. The seeds will be distributed to teachers and schools after the flight for educational opportunities.

Seeds were taken on the Apollo 14 mission to understand the effects of deep space on plants. But the can containing them broke (woops), with the seeds getting mixed together. Because their environment was contaminated, the experiment was no longer viable, according to NASA.

Still, the seeds were delivered to the U.S. Forest Service. About 450 saplings grew from them and became known as “moon trees.”

Though not part of the flight kit, NASA’s three mannequins count toward some of the odd cargo packed on the spacecraft. Cmdr. Moonikin Campos, Helga, and Zohar will fill Orion’s seats.

Helga and Zohar, two female dummies, will be used in an experiment on space radiation exposure.
Credit: German Aerospace Center

The sister pair, a collaboration of the German and Israeli space agencies, will be part of a radiation exposure experiment, collecting data from thousands of sensors. Zohar will wear a protective vest, while Helga won’t.

Scientists chose to use female mannequins because space radiation may increase the risk of breast and ovarian cancer for female astronauts. As NASA prepares to send the first woman to the surface of the moon for the Artemis III mission, this test should allow scientists to study the amount of radiation people experience during lunar trips.

You know how when you’re assembling furniture at home, there are always a few extra pieces remaining? Kind of gives you a disconcerting feeling that the thing is just one wrong move from falling apart.

Fortunately, this bolt isn’t an extra piece from the Space Launch System or Orion capsule, Artemis’ new vehicles, but another relic from the past. The bolt, along with a nut and washer, came from one of Apollo 11’s F-1 engines.

The bolt, along with a nut and washer, came from one of Apollo 11’s F-1 engines.
Credit: Smithsonian’s National Air and Space Museum

Kate, Kyle, Julia, and Sebastian are headed to the moon. Now you know why they keep singing, “Everything is awesome.”

NASA and the LEGO Group have collaborated on a free Artemis I “Build to Launch” lesson plan. The 10-week series focuses on STEM space careers and problem-solving “similar to those the Artemis I team members face,” according to the space agency.

But let’s face it: It probably doesn’t hurt sales on those $160 LEGO Rocket Launch Center sets.