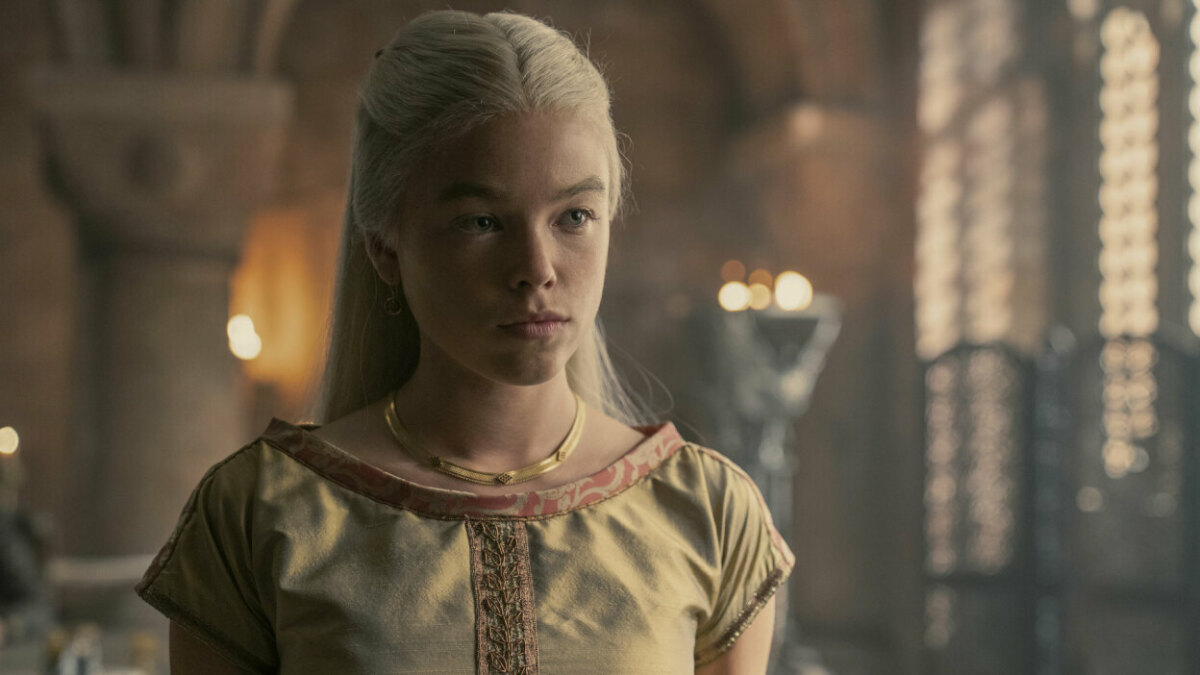 Welcome to House of the Dragon MVP, our series highlighting each episode’s Most Valuable Player in the game before the Game of Thrones.

Once again, the women of House Targaryen triumph over the men of their age to claim the MVP crown for the second episode of House of the Dragon, “The Rogue Prince.” Last week’s MVP was the inimitable Queen Aemma, who rose above the stereotype of the suffering, childbearing queen to leave a legacy of defiance that will echo through the entire run of the show. This week, her daughter Princess Rhaenyra gets the crown for exemplifying that defiance, dunking severely on her uncle Daemon and his goldcloaks, and dropping the medieval microphone on her way back to her throne.

The episode opens six months after Episode 1, which ended with King Viserys naming Princess Rhaenyra his heir. Unfortunately for Rhaenyra, her father seems content to let the fact of her eventual succession stand while changing nothing about her position or duties. The court still condescends to her, a state exemplified when her suggestion to solve the looming threat in the Stepstones with dragons is met with derision from the king and Otto Hightower, despite the logic in using the massive, borderline-nuclear advantage the Targaryens have over literally everyone else in the world.

Before going into how MVP Rhaenyra deals with that condescension, a word about Targaryen dragons at this period in Westeros’ history. Viserys’ own dragon died before he became king, making him the first Targaryen to ascend the throne without being a dragonrider. Instead, these not-so-symbolic externalizations of Targaryen power are held by his brother Daemon riding Caraxes, his daughter Rhaenyra riding Syrax, and his cousin Rhaenys riding Meleys. That’s two women and an enemy, an equation Viserys is no doubt aware of. With that in mind, Viserys’ distaste for dragon-based solutions feels like metaphor for his distaste in the current balance of power in his house — a trait that makes the sitting king the weakest member of House Targaryen.

As the underrated female heir, Rhaenyra starts out from a similar position of weakness but snaps out of it quickly. While her father ponders a new marriage, her cousin Rhaenys (the OG woman whose claim to the throne was passed over in favor of a man) reminds her that a new marriage means new claimants to the throne, and that Rhaenyra is kidding herself if she thinks the oaths of fealty the lords of Westeros took at the end of Episode 1 will hold unless she seizes the role of sole heir for herself.

That’s literally all it takes for Rhaenyra to remember that being a dragonrider gives her power that Otto Hightower and her own father can only dream of. She exercises that power by solving in minutes a problem that could have turned into a years-long war and performing a maneuver few living beings are capable of: checking the power of Daemon’s dragon Caraxes with her own, Syrax.

It’s one part nuclear deterrent, two parts “I double-dragon dare you,” with a healthy garnish of “Get over yourself.” In that moment Daemon’s little niece transforms into a force to be reckoned with, a true contender for the heirdom who won’t go quietly if the men around her seek to put a cork in her overflowing awesomeness.

Of course, it seems unlikely that Uncle Daemon will go quietly either. Even though he ends the episode knowing he got beat by a girl, there’s a whole season of House of the Dragon for him to plan his comeback. Or perhaps somebody else’s.

New House of the Dragon episodes are available every Sunday on HBO and HBO Max.(opens in a new tab)