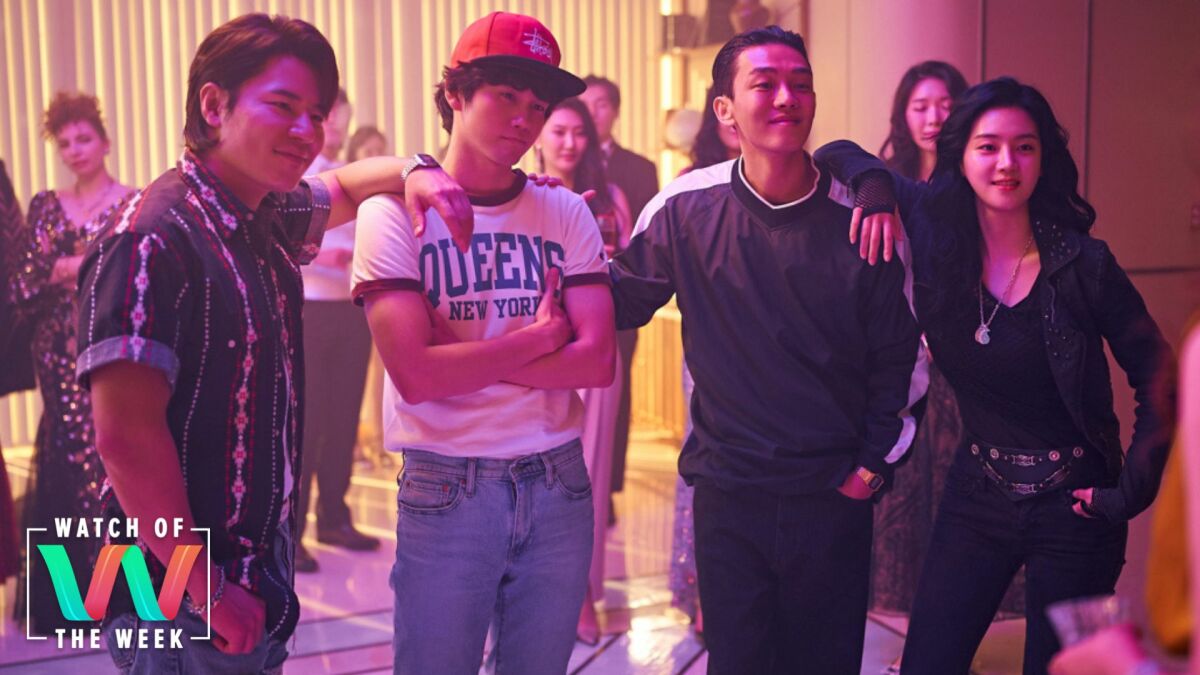 Doing sick burnouts quite literally around the rich, corrupt, and powerful is the name of the game in Seoul Vibe. This perfectly bratty line, lazily uttered from the backseat of a moving car by our protagonist, Dong-wook, comes at a moment when the film literally drives government corruption into the wall — to immensely satisfying effect.

Set in the lead-up to the historic 1988 Summer Olympics in Seoul, the film centres around five friends who collectively call themselves the Sanggye-dong Supreme Team. Their base lies within the “Maintenance of Visible Areas” redevelopment area of the city — essentially a neighbourhood gutted by the government ahead of the Olympic Games.

11 of the best Korean dramas on Netflix

Instantly, you’ve got yourself an Ocean’s 11-style lineup of specialists with their own quirks and tendencies, starting with the unofficial leader and top driver Dong-wook, who dreams of getting to America to race at Daytona. Dong-wook’s played with steely composure and ice cold brattiness by Yoo Ah-in, who was in the critically acclaimed film Burning. There’s his dramatic, rebellious sister Yoon-hee (Park Ju-hyun), a talented motorbike rider who uses society’s tendency to overlook her to her advantage; she does an incredible job of consistently upstaging her co-stars, even when somewhat relegated to a “Drivers, start your engines!” role. There’s hilariously self-confident navigator Bok-nam (Lee Kyoo-hyung) and sweet team MacGyver Joon-gi (the delightful Ong Seong-wu), who together land some of the film’s most delightfully goofy comedic moments. And there’s DJ and mixtape aficionado John (the versatile Ko Kyung-pyo), whose only job seems to be to make soundtracks for the crew “to make you drive faster” — which seems extremely superfluous at first, but later proves to be crucial.

Peppered with Pink Panther-style high hats and montage-friendly, wah-wah pedal-heavy disco, Seoul Vibe sticks like neon-hued velcro to classic heist tropes. There are multiple heists in the film, all delivered with that classic montage editing Rick and Morty so perfectly skewered, along with a lot of Run DMC on the soundtrack. But Seoul Vibe eventually finds its own brand of character-based comedy alongside authentic moments of drama, smashing these two genres together in scenes so opposing in emotional energy you might get whiplash.

The set-up, like all great heist and undercover films, has two sides thinking they’re playing the other. Threatened with jail and promised US visas, Dong-wook and his crew can’t really refuse an offer by the Chief Prosecutor (Jung Woong-in) to infiltrate a crime ring run by corrupt officials from the old Korean regime: the quietly formidable President Kang (Moon So-ri) and the straight-up sadistic Director Lee (Kim Sung-kyun). The Sanggye-dong Supreme Team relish their new life rolling in Hyundai Grandeurs and American imports like McDonalds and Air Jordan 3s, but as the main players raise the stakes, Dong-wook starts to realise this sweet deal might be a little poisonous.

Of course, you came here to drive. This one is for fans of the early days of The Fast and the Furious, when the stunts were all drifting and not escaping submarines, going to space, and pushing torpedoes away with one’s bare hands. There’s no NOS here; the biggest tech upgrade you’ll see is Joon-gi sitting in the backseat hand-pumping water to cool Dong-wook’s car engine during a race. But the film includes multiple customisation montages of the Sanggye-dong Supreme Team tinkering on their own heist-friendly designs, which F&F fans will love, along with some seriously impressive stunt sequences — the last of which teeters on late-F&F drama.

Seoul Vibe is the kind of big action heist movie made for stuffing popcorn in your face and audibly “woah”-ing at. Don’t overthink it — just get in.

Seoul Vibe(opens in a new tab) is now streaming on Netflix.