By AdminAugust 5, 2022No Comments8 Mins Read 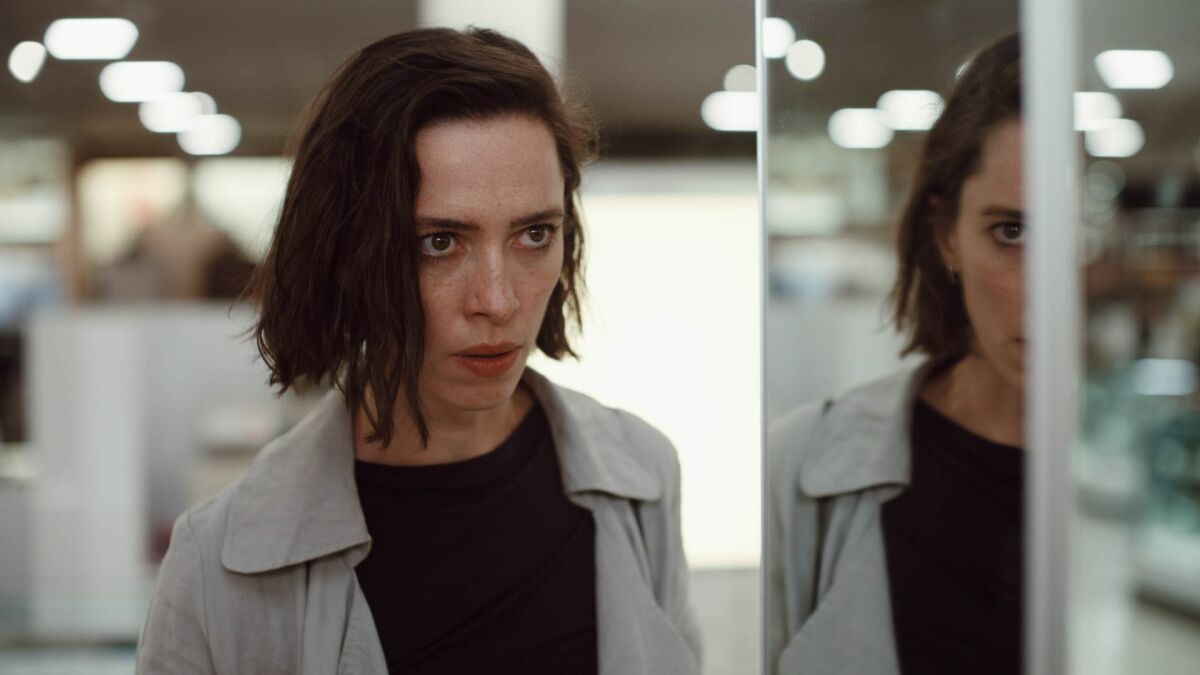 
Earlier this year, we highlighted Resurrection as a standout at the Sundance Film Festival. Now, writer/director Andrew Semans’s riveting psychological thriller is coming to theaters and VOD. So, what better time to dig deep into the belly of this shocking horror movie’s mind-bending finale? If you walked away from this one with your brain sputtering and your jaw dropped, you aren’t alone. Let’s break down what it all means.

Rebecca Hall stars as Margaret, a successful executive whose life seems as perfectly in order as her meticulously pressed business attire. Her home is a chic and tidy apartment, which she shares with her trusting 18-year-old daughter, Abbie (Grace Kaufman). Even her love life is carefully compartmentalized, as she’s found a reliable fuck buddy in Peter, an emotionally unavailable co-worker played by Michael Esper. All this is threatened when the past she left behind comes crashing into her present.

David (Tim Roth) is a gruffly handsome 60-year-old British man whose abrupt presence in the fringes of Margaret’s life becomes hotly hard to bare. Why, exactly, the sight of David begins to fracture her façade is a secret she’ll keep from her daughter, her lover, and even the police. It’s a story of domestic abuse, suffocating control, and cannibalistic murder. Who would believe her?

According to a gruesome monologue, Margaret was once in love with an older man whose fawning was all she desired, even when it came at the cost of “kindnesses” that could range from housework to humiliation, subjugation, and self-harm. To prove her devotion to David, she was put into stress positions, burned with cigarettes, and pressured to make him her whole world. Then came her son Ben, a source of joy for her but jealousy for David. To keep Margaret close, David does the unthinkable, the impossible: He eats their baby. However, then — and now, 22 years later, after he resurfaces — he insists the boy lives within him, still crying for his mother, who’d eventually run when she finally believed Ben was dead.

Over a cup of tea, David coolly tries to re-exert control over Margaret by insisting, “He’s still inside me here. Suffering.” As the resurrected trauma and stress over keeping her teen daughter safe mounts, Margaret begins to fear this uncanny claim is true, and that her son, who she thought dead for over 20 years, is still an infant, still somehow nestled in his father’s guts. She can hear him crying. She can even feel him kick. And then, in the climactic confrontation, she plunges her hands into David’s belly, which she’s ripped open with a knife, and finds Ben there, breathing. “It’s good to see you again,” she coos. “I saved you.” But what does it mean?

Was David telling the truth? Has Margaret been driven to delusion by his resurfaced abuses? Let’s consider the possibilities.

Baby Ben is real and alive.

Logic tells us this can’t be true. People can’t gobble up babies and store them away for decades, no matter how fueled by spite. However, horror movies can be slippery with their realities. And while Resurrection begins grounded in reality, Semans’s script steadily leads us down a dark path of the improbable. Here, a tooth is found in a girl’s wallet. There, a baby’s burned body appears in an oven — though that was a nightmare of Margaret’s… Right?

Logic is not the justification for the theory that Ben is alive. Instead, consider this revelation through the lens of Semans’s exploration of domestic violence. David exhibits numerous familiar characteristics of real-life abusers: He charms Margaret’s family but makes her feel isolated, dependent on him, and like her whole worth is connected to his pleasure. After Ben is eaten, David even uses his gruesome custody of the infant as a new way to exert control over her, telling her she must bestow upon him “kindnesses” to be near his boy-bearing belly.

Then, there’s the awful reality of what can happen when a victim reports abuse: cops who don’t help, family who doesn’t understand, a story too horrid to be readily believed. Margaret experiences all of this while trying to maintain her grip on the life that she’s built out of David’s shadow. Hers is an extreme example because of the cannibalism element, but this extremeness is paid off by the finale, where her version of a happy ending isn’t just killing her abuser but also recovering the life lost.

Baby Ben is dead and a delusion.

Resurrection is a story of a woman undone by an abusive man whose very presence is a threat because of all she knows that has come before. No one understands her pain or her past, and the guilt of leaving her son — even if he was devoured and dead — is threatening her grip on reality. Abbie and Peter even put together an awkward intervention, begging Margaret to get psychological help. Are they right? Is this all in her head? Is she being gaslit by her stalking abuser?

Over the course of the film, Margaret’s breakdown is charted visually through her appearance. Her clothes go from coolly elegant to wrinkled and ill-fitting. Her hair grows unkempt. Her skin shifts from radiant to ravaged. Some of this is under the direction of David, who demands she walk to work barefoot, concrete and city streets be damned.

What’s the deal with Gordy the chimp in ‘Nope’?

On top of this, Margaret’s boundaries are crumbling. Her firm but tender directions to her daughter become tense and tyrannical, demanding the girl never leave their home, ever. She’s been absent for work for a week. Her appointments for sex with always-reliable Peter become clumsy hook-ups in a bathroom stall, spilling over into his turning up in her life on a personal level she has no interest in. She lashes out at her eager intern, and — most notably — she plots to kill the man who haunts her waking nightmares. In this scenario, by the time David and Margaret meet in that hotel room, perhaps everything after her gutting him is a delusion of what she needs to be true. She needs to be able to salvage this mess and be the champion to her children that she — and David — insists she is. And we, her witnesses, see the world as she does.

What does Resurrection‘s ending mean?

Let’s look at the final shot through each of these possibilities. In each case, there is a brief possibility of a happy ending, because real or not, Margaret feels the weight of her breathing baby in her arms, reunited, restored, resurrected. But that’s not the end of the movie.

The final sequence ushers us back to her and Abbie’s apartment, where the girl’s room is pristine white, its walls a bit bare as she calmly prepares to go off to college. The panic that wreaked havoc on their relationship is gone. Both women glow as Abbie visits her mother’s bedroom, where Margaret sits smiling, holding her swaddled son. After sweetly thanking her mother, Abbie takes the baby from her mother, coos to him, and accepts him. They are the family that Margaret dreamed of. “I’m not scared anymore,” Abbie assures Margaret. “You made everything okay, so I’m not scared.” But before the film fades to black, Margaret’s warm gaze shifts from her children to a mysterious mid-distance. Slowly, her smile wanes. Her eyes’ glisten goes cold, a dread creeping in, subtly but unmistakably. She gasps. Then the movie ends.

What does she see? What has she realized? If you read the climax as a delusion, then what does the shrinking smile and haunted stare mean? Notably, in this shot, the focus of the camera shifts, robbing Margaret of her glowy skin, exposing her pores and sweat and teeny imperfections. Is this a clue that Margaret, who no longer has a baby in her arms, is awakening to reality, and it’s a horror she can do nothing but stare down?

Alternately, if you view Baby Ben as real and alive, this ending translates to a harrowing terror. Even though David is gone, even though her children are safe, Margaret’s trauma lingers. That gasp may mean that Margaret can never truly escape David, because if her baby could have survived being eaten, couldn’t David survive being gutted? Perhaps she’s looking at him. Perhaps she’s staring down the uncertainty that will be her lifelong companion, never truly allowing her to feel safe.

Whichever way you read it, Resurrection delivers a final sequence ripe with savage surprises, then concludes with a final moment that’s breathtakingly haunting.

Resurrection is now in theaters and available through video-on-demand.

If you’ve experienced domestic or intimate partner violence, you can call the National Domestic Violence hotline at 1−800−799−7233. Additional resources are available on its website.