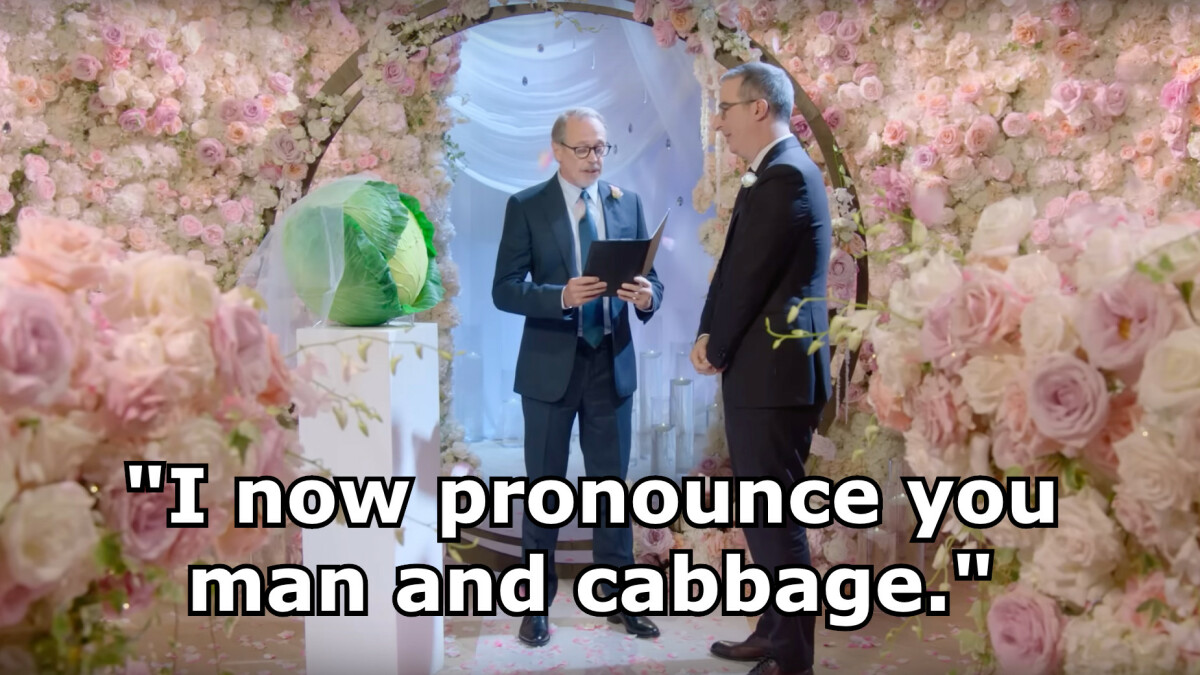 Last Week Tonight host John Oliver married a cabbage in an intimate ceremony officiated by Steve Buscemi. The small wedding was the culmination of an unlikely whirlwind romance — one which was wholly manufactured by a single individual’s AI generated art.

Websites that use artificial intelligence to generate art from written prompts have become a trend, with users inputting the most bizarre ideas they can imagine and sharing the results online. One such user is the visionary postpoopzoomies on Discord, who “got high” and utilised Midjourney to create several hundred images of Oliver.

11 of the weirdest DALL-E-generated images on the internet

There were many random images, of course, such as “John Oliver as Mona Lisa” and “John Oliver at brunch with the girls and he’s laughing because Debbie told a funny joke.” However, the most gripping series of Oliver-themed AI images told an entire love story between the comedian and a cabbage, from growing it, to dating it, to marrying it, to accidentally eating then mourning it. There was even an enemies-to-lovers element thrown in for good measure.

“What a journey we all just went on,” said Oliver. “This story is a true testament to life’s highs and lows, showing how poetic, lovely, and weirdly full of cabbage life can be.”

Oliver appeared appreciative of his role as postpoopzoomies’ muse. However, he did note that while many of the other prompts created acceptable depictions of him falling in love with a cabbage, it struggled with their wedding pictures. This, apparently, simply could not stand.

“There’s really only one way to remedy the fact that we were cheated out of that key wedding image, and that is for me to provide it for you now,” said Oliver. “So please, come with me, because I’m about to marry a fucking cabbage.”