How NASA’s new megarocket stacks up against its legendary predecessor 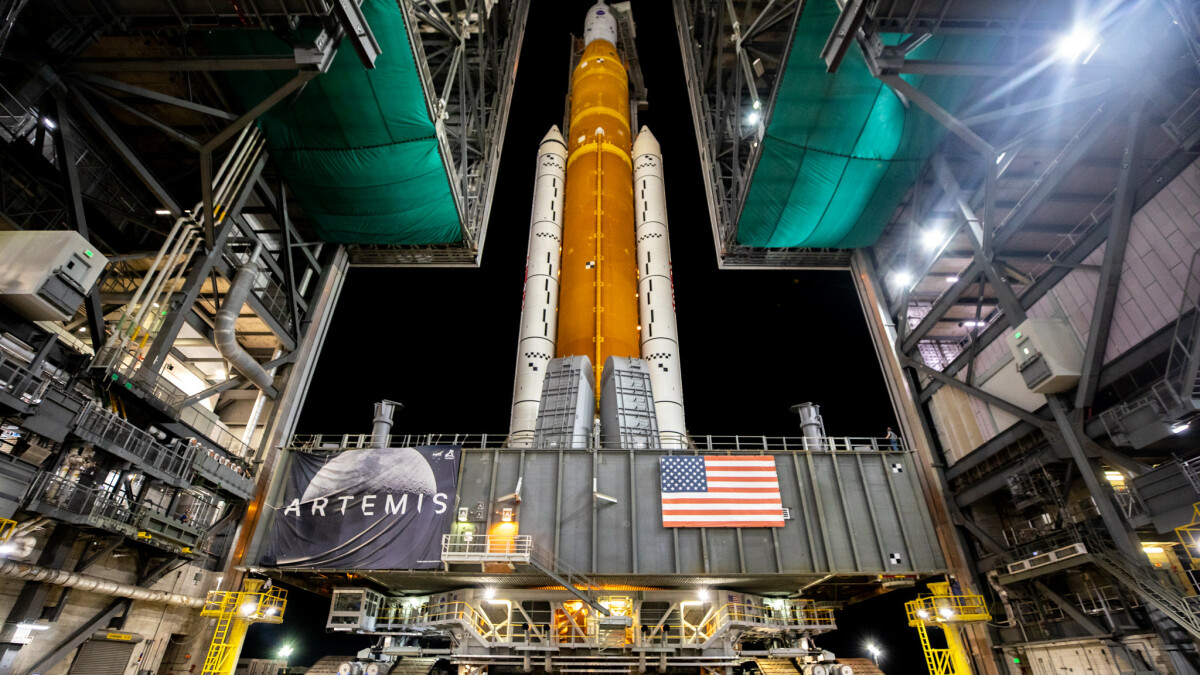 When NASA blasted its colossal rocket to the moon in July 1969, the denizens of Earth watched the 363-foot-tall behemoth on televisions in department stores, on a giant screen in Central Park, and in living rooms in Tokyo and Paris. Still today, it’s the most powerful rocket ever successfully flown.

This rocket, the Saturn V, could propel the weight of some four school buses to the moon. It sent astronauts to the chalky lunar surface six different times. And it hauled America’s first space station, Skylab, into orbit around Earth.

Now half a century later, NASA is on the cusp of launching its new powerful megarocket to the moon, a class of rocket the aerospace industry calls a “super heavy-lift launch vehicle.” Indeed, this rocket, the Space Launch System (SLS), is set to supersede Saturn V as the most powerful vehicle ever blasted into space. Yet it’s not a “better” rocket. It’s designed to do different, and unprecedented, things. Namely, NASA intends SLS to carry the resources and people needed to establish a permanent presence on the moon, and maybe even blast astronauts to Mars.

Why landing a spaceship on the moon is still so challenging

Flying back to the moon is crucial for the future human exploration of deeper space. A looming exploration problem is how the fragile human body will hold up to the likes of space radiation and isolation. Missions to the moon will inform NASA how to keep people safe, and how to ensure their survival in an inhospitable world where astronauts will likely have to harvest water ice from the moon’s shadowy craters.

“These are crucial lessons before we put them on a rocket and send them to Mars,” Paula do Vale Pereira, an assistant professor of aerospace engineering at the Florida Institute of Technology, told Mashable.

How NASA’s new SLS rocket (left) stacks up against the Saturn V and the Statue of Liberty.
Credit: Bob Al-Greene / Mashable

Why not resurrect Saturn V?

After NASA’s legendary Apollo missions ended, the space agency no longer needed a colossal moon rocket. Instead, NASA put effort into constructing the International Space Station, and built the Space Shuttle to bring astronauts and infrastructure to Earth’s orbit, some 250 miles above the surface.

But NASA turned its eyes back to human exploration of deep space in the aughts, and they considered rebuilding a Saturn V rocket, or using integral rocket parts from the Apollo era. Saturn V, of course, was already proven. It had already done the job.

“We looked at resurrecting that,” said NASA’s Blevins.

“It was better to just move on.”

Yet rebuilding Saturn V would have required reaching back many decades into technology and rocket materials that were no longer around. NASA, and its contractors, would have to resurrect parts and processes. So the agency scrapped any Saturn V plans. “It was better to just move on,” said Blevins.

Instead, the agency designed the SLS with key, tried-and-true components — notably the engines — of the Space Shuttle. After all, NASA engineers understand those engines better than any other. And they are mighty powerful.

The Saturn V rocket blasting off in 1967.
Credit: NASA

Saturn V was a single rocket design with a primary overall mission: Safely getting NASA astronauts to the moon and back without killing anyone.

But SLS can be reconfigured in six different ways for six different missions. The rocket, for example, will at times carry astronauts to the moon; and at other times it will haul cargo, such as parts for a moon base, to the lunar surface.

“We’re more like a fleet of rockets,” explained Blevins. “SLS is a platform. Saturn V was a targeted mission.”

The different SLS configurations are designed around the 212-foot-tall, orange central rocket booster, which is called the “core stage.” It’s the backbone of the vehicle. The majority of a rocket is composed of giant fuel tanks, and the SLS is no different. Its great aluminum core stage, which fuels four Space Shuttle engines, holds 537,000 gallons of liquid hydrogen and 196,000 gallons of liquid oxygen.

The orange rocket stage will fire for over eight minutes before its fuel is spent. By then, it will have accomplished its job. It will have blasted its precious cargo — whether the Orion spacecraft or other cargo — into space.

But that’s not the only essential thing pushing SLS beyond Earth.

Unlike the Saturn V, the SLS has two rocket boosters strapped to the side of its backbone. These are called “solid rocket boosters” — because they use solid fuel compounds — and they give SLS a potent push through the atmosphere.

NASA created these boosters from the Shuttle design. But on the SLS, they’re bigger. These 17-story rockets carry 25 percent more fuel than the Shuttle’s, and provide 75 percent of the SLS’s thrust, or force pushing down against Earth, during the first couple of minutes the SLS speeds through the atmosphere.

“We take [boosters] to the max,” said Blevins. “These are the largest solid boosters ever built.”

Between the core stage and the two boosters, the SLS will produce 8.8 million pounds of thrust, which is 15 percent more thrust than the Saturn V. That will allow NASA to send loads of moon-bound cargo, and spacecraft, beyond Earth’s orbit and en route to the moon.

“It has so much more thrust than any other rocket that has been sent to space,” said the aerospace engineer do Vale Pereira.

Why the SLS isn’t reusable

In the modern rocket world, reusability is in vogue.

And for good reason. Relaunching expensive engines and hardware saves bounties of money, making spaceflight markedly cheaper. But the SLS, unlike rockets like SpaceX’s Falcon 9 that land after launching into space, is a single-use rocket (like the Saturn V). Already the first four SLS launches, to the NASA inspector general’s dismay, are grossly overpriced at $4.1 billion per trip. A reusable rocket could make NASA’s human spaceflight program more sustainable.

But Blevins emphasized that the SLS, as a single-use rocket, is the right rocket for this specific mission back to the moon.

“I like reusability,” said Blevins. (And, he noted, NASA built the reusable Space Shuttles, which flew a whopping 135 crewed missions.) But today, he said, the primary goal is to prove NASA can establish a presence on the moon and get its crews back safely. Reusability, he underscored, is an important business case for companies like SpaceX who are constantly launching satellites or missions into Earth’s orbit. The SLS, meanwhile, will only fly about once a year for its first decade or so. Creating reusability for these rarer moon missions would require building and maintaining more infrastructure — like ships to land giant rockets — and mean building boosters with added structure and weight (like landing gear) which would necessitate carrying even more fuel. It doesn’t make financial sense, for these limited Artemis missions, to construct such a reusable operation, Blevins said. But if NASA was flying six or seven moon missions a year, “Then it makes sense,” he added.

And maybe that’s the future.

At the end of the day, SLS, while certainly beleaguered by problematic commercial contracts and cost overruns, is a rocket Blevins says is suited for this job. Not a revamped Saturn V. Not a reusable SLS. (Though SpaceX’s Starship — which is still in development stages — has reusable rocket boosters that will launch moon landing spacecraft for the Artemis missions.)

What’s more, the SLS has the advantage of demonstrated technology, like the Space Shuttle engines. Sure, it’s not next-generation technology, but it’s reliable, well-understood rocketry. That has major benefits, especially when life is aboard a giant tower teeming with fuel.

“There are many components in the SLS that were proved in the Shuttle missions,” explained do Vale Pereira. “That makes me confident that things will not explode.”

“The chances of things going wrong are relatively low,” she added.

The first launch of NASA’s SLS rocket is slated for August 29, 2022. The rocket will propel an uncrewed Orion spacecraft to the moon, where it will loop around before returning to Earth.

NASA’s rebooted plans for human exploration largely hinge on this test. Any journey back to the moon is a tremendous feat.