Even if you’re not a Star Trek fan, it’s time to get into ‘Lower Decks’ 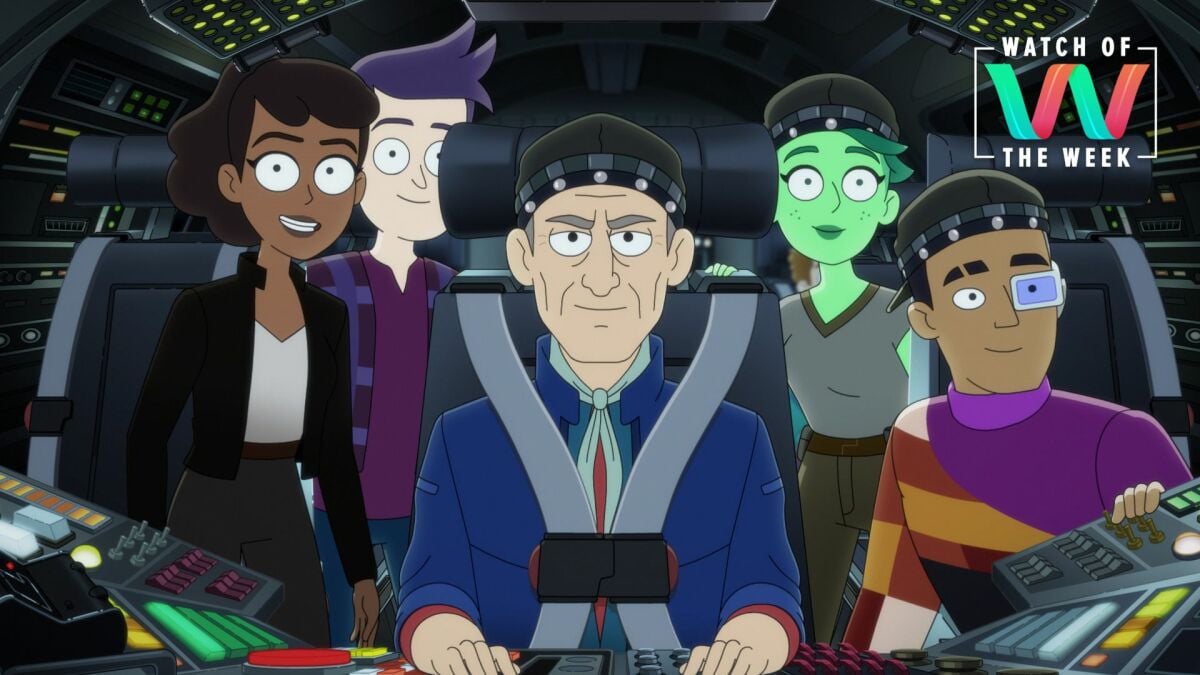 Some franchises are so big that they offer their fans a wide galaxy of stories and characters to enjoy. But such vast multi-media universes can be intimidating — when there’s a dizzying array of 13 star-stuffed movies and 12 TV shows, where does one even begin?

Star Trek has long been such a franchise for me. Of course, I’ve seen a bunch of the movies (and sequels and reboots) as well as a smattering of episodes across the decades of reruns. I even know a lot of character names and quirkier moments thanks to memes, catchphrases, and cultural osmosis. But with each launch of a new Star Trek series, I feel that pang of panic: Would I even be able to follow the story without knowing all those that came before?

Thankfully, Star Trek: Lower Decks doesn’t care if you know Kirk from Picard. It’ll have you cracking up at its “strange energies” all the same.

If you love The Office, you’ve got to watch Lower Decks.

Entering its third season on Paramount+, Star Trek: Lower Decks takes audiences far from the bridge, with its dashing captains and strong-jawed crewmen, and deep into the bowels of a rickety spacecraft, where the space equivalent of interns live. Crammed into a submarine-like hallway of bunk beds on bunk beds, these ensigns endure the indignities of grunt work, like gathering dangerous rocks from a treacherous planet, escorting an unruly alien dignitary to a peace treaty, or cleaning out the holodeck’s septic tank. (Yes, in space, anyone can poop in a hologram room.)

Like The Office, the laugh factor in this workplace comedy is high, because the goals for these goofballs are often so low, yet treated with fierce intensity. For instance, in Season 2 episode 3, “We’ll Always Have Tom Paris,” try-hard and dedicated butt-kisser Brad Boilmer (voiced by an often-frantic Jack Quaid) scrambles through the ship’s nooks and access tunnels to try to get his commemorative plate of a celebrity crewman autographed. Does it matter if you don’t know who Tom Paris is? Nope! The show swiftly provides enough context that you can kick back and enjoy the madness of Boilmer bumbling through heating ducts and near-death experiences, or cackle over his friends taking out space trash that can transform them into rampaging rage monsters. Just another day at the office for Lower Deckers.

8 reasons ‘Evil’ is the wildest show you’re not watching

If you love Rick and Morty, you need to be watching Lower Decks.

Imagine a dimension where the humans and aliens of Adult Swim’s smash hit look less wonky and more sprightly, and you’ve nailed the aesthetic of this cartoon series. It’s not a coincidence. Lower Decks was created by Mike McMahan, who served as a writer and producer on Rick and Morty before co-founding its spinoff series Solar Opposites. So, their commonalities are more than skin-deep.

Like both of its cousin cartoons, Lower Decks is an animated series intended for adults, giddily making jokes about sex, death, drugs, religion, and the frustratingly mundane aspects of being a grown-up. Disrespect on the job is a constant for Lower Deckers. That pushes rebellious ensign Beckett Mariner (voiced by an exciting Tawny Newsome) to break rules with relish, leading to a string of wild misadventures involving alien planets, antique sex toys, and pansexual lust. However, like Rick Sanchez, she also knows the agony of working with family, a recurring conflict that brings added drama — and a psychologically twisted holodeck movie — to this stellar show.

And naturally, like McMahan’s other aforementioned cartoon series, all this is done within a preposterous playground that allows for plenty of science-fiction parody. Where Rick and Morty was born from Back to the Future, and Solar Opposites was spawned from ’80s family sitcoms with a sci-fi twist, Lower Decks launches from the wide worlds of the Star Trek franchise to spin a slew of stories both silly and suspenseful. And yet, you don’t need to know a Klingon from an Andorian to enjoy the fun. Because the affable ensigns at the show’s center are the biggest fans of Starfleet, the auspicious space navy on which the franchise is docked, they’re more than willing to geek out with efficient exposition, often with a sharp joke or two.

If you love will-they-won’t they romances, watch Lower Decks.

Don’t mistake me. While the show begins with a doe-eyed doofus and a rambunctious badass in Boilmer and Mariner, McMahan dodges the tedious Sam and Diane trope of making the male and female leads fall in love. Instead, Mariner is the bully with a heart of gold, brusquely mentoring Boilmer to rise through the ranks. Theirs is more an Odd Couple Felix and Oscar vibe, with his uptight ambition and her devil-may-care rebellion clashing in comedic glory.

For slow-burn romance, we turn to their buddies, Sam Rutherford (voiced by a bouncy Eugene Cordero) and D’Vana Tendi (a chipper Noël Wells). He’s an engineer with a buggy cyborg implant and an unflappably positive attitude. She’s a medical bay ensign whose pluckiness and compassion is considered unusual, as she comes from a race long defamed as vicious pirates. (Lower Decks loves turning the tables on the alien stereotypes that grew stale generations ago.)

Both Tendi and Rutherford are in love with science and deeply shy, so they’ve spent two seasons flirting with the possibility of flirting with each other. But as Season 3 unlocks new dimensions to each’s past with climactic identity crises, Lower Decks seems to be barrelling toward a big moment for this lovable and supremely wholesome could-be couple. I (space)ship it.

If you already love Star Trek, you better be watching Lower Decks.

I’m not a Trekkie, but my partner is. While we both relish the show’s sharp sense of humor, off-the-wall shenanigans, and captivatingly kooky characters (cat-faced Dr. T’Ana is a personal fave for her gruff exterior and feline flourishes), he’s got the added joy of catching the Easter eggs dropped across every episode.

Sure, I can call out the cameos of past Star Trek cast members like Quark, Riker, and Deanna Troi, in part because the show treats each with a giddy spotlight. I’m also able to spot the recreation of splashy action set pieces, plucked from — for instance — the skydiving sequence in Star Trek Into Darkness. But he gets to chuckle over a giant skeleton in the background of a Collector’s ship, giggle knowingly about the origins of “naked time,” and outright cackle as the ensigns casually list all the ways a bridge crewmember might meander back from death. Yet, I’d wager even the most devoted Trekkie couldn’t predict where Lower Decks is headed in Season 3.

From battles of wills to fights against fantasies and self-care calamities, from messy brawls to sprawling war sequences, from cleverly crafted character arcs to an absolutely bananas bottle episode for a dizzyingly fringe character, Lower Decks Season 3 delivers a new frontier of sci-fi comedy that’s out-of-this-world entertaining. So if you haven’t tuned in yet, make it so!