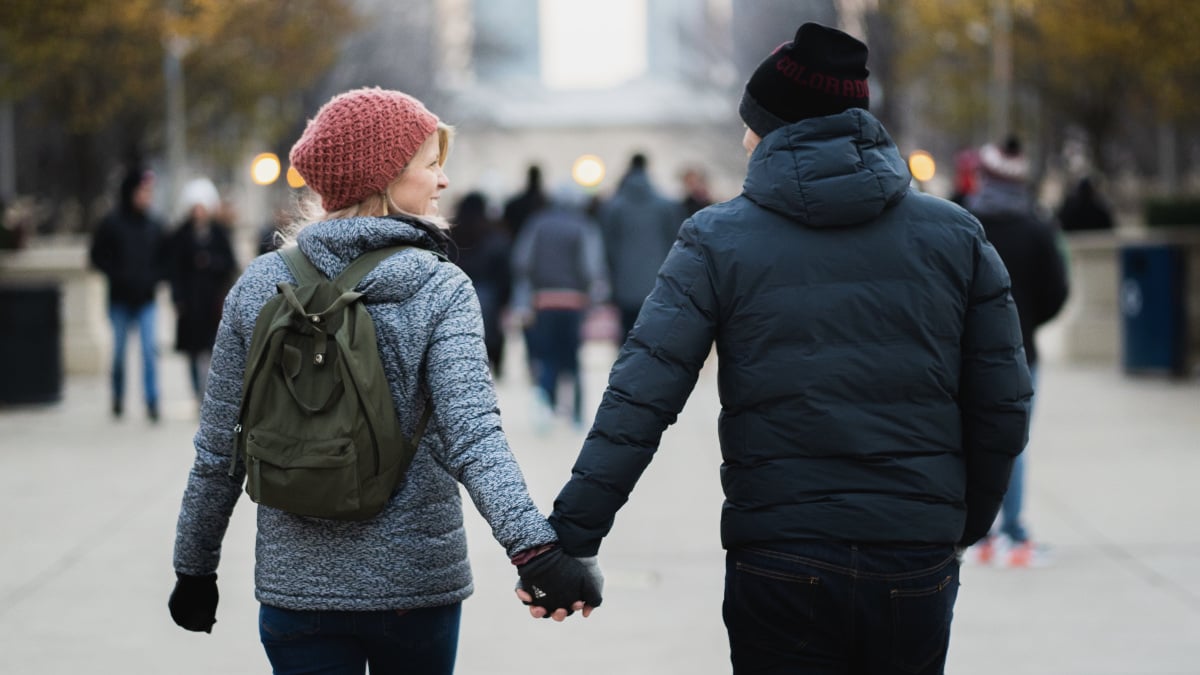 Dating when you’re 40 or older can be intimidating — unlike when you’re in your 20s or 30s, you can’t assume everyone your age is single and looking. If you’ve found yourself “on the market” again, it’s important to remember that half of U.S. marriages do end in divorce, so the dating pool isn’t as small as you might think.

Meeting people organically out in public still happens, but sometimes it’s easier and less intimidating to meet people where they are. There’s a comfort in knowing that the people you find on dating apps are single (hopefully) and looking for a romantic relationship, so at least you’re both on the same page.

How to start dating again at 40

The first step is just acknowledging that you’re ready. From there, decide how and where you want to try to meet people. Dating apps have been around for multiple decades, which means they are the norm and definitely not a last resort.

You’ll also want to be direct with what you’re looking for. Serious relationship? Casual hookup? A friendship that might lead to more? Whatever it is, be upfront because you don’t want to fall for someone only to realize you aren’t looking for the same thing. Yes, it’s more vulnerable to say exactly what you want, but being straightforward from the outset is the new dating norm.

As in any phase of life, dating takes time and patience. We spoke to Jennifer Frazier, a 46-year-old based in Indiana, who met someone awesome on Match. They went on a few dates and she really liked him, but he was interested in dating a lot of women at the same time, and though Frazier enjoyed his company, she realized that kind of a relationship wasn’t for her.

Best senior dating sites: Dating over 60 can actually be fun

Dating in your 40s, 50s, 60s, or older can feel lonely when all your friends are married or in relationships. If you want to find a community of people experiencing the same things as you, we recommend visiting the subreddit r/datingoverforty — it’s full of people sharing stories of success, heartbreak, bad dates, good dates, and more. Just go in aware that most dating subreddits tend to skew slightly on the pessimistic side.

While Frazier says the stigma around dating sites with the over-40 crowd is mostly gone, she doesn’t think a lot of single men in her area are using these sites, so she’s experiencing fewer options. She also thinks location plays a big part in how successful dating apps will be for a person, and we agree. Typically, the bigger the city, the easier it’ll be to find a date. Frazier, for example, has a smaller pool of people in Indiana compared to someone who lives in New York or Chicago.

“It’s hard to find a night off from cooking, driving kids, and all the other things we are responsible for.”

“I love the idea of Bumble because it gives women the power to send the first message,” Frazier says. “There were only about four men in my age range within 25 miles, though, so that was disappointing.”

Frazier also says having a family can get in the way of dating because you might have kids to take care of and taking time off from parent duty isn’t always easy.

“It’s hard to find a night off from cooking, driving kids, and all the other things we are responsible for,” she says. “I have faced pressure from men I have not even met who are being demanding of my time. I have enough demands without adding to it.”

By the way, if someone is demanding of your time and pushing to meet up right away, we want to remind you that it’s OK to say no.

While Frazier hasn’t had the most success with dating apps, she does know a lot of people who have — her sister-in-law met her boyfriend on Tinder. When doing research for this article, a couple of friends told me their mom, or uncle, or other family member met their significant other on a dating app.

According to Pew Research Center, 57 percent of online daters describe their overall experience as positive. A lot of factors add up to whether online dating will be successful for you. Some apps use super in-depth compatibility quizzes that lead to really specific matches, where others just present you with a bunch of singles in your area within your specified age range. Both have their perks.

One thing to remember is to have patience. Finding a partner who ticks all (or most) of your boxes doesn’t happen overnight. Online dating or not, you’ll most likely go through some duds and have some bad dates, but hopefully that will lead you to a healthy, happy relationship.

Which dating site is best for singles over 40?

The best dating site varies depending on what you’re looking for. If you want something serious, Match(opens in a new tab)‘s 25 years of experience will help you find someone compatible who is also looking for a serious relationship. eharmony(opens in a new tab) also specializes in serious relationships, but the site is really for people who want to marry their next partner, so it’s taking serious to the highest level. Though, Frazier had a pretty shitty experience with eharmony — after the extensive questionnaire, she was matched with a coworker’s husband (yikes). While you would hope everyone on dating apps is single, you still want to pay attention to obvious red flags.

Most dating sites and apps have free versions, so you can test them out without fully committing. Here’s the full breakdown on our top picks, plus a couple of sites to avoid: