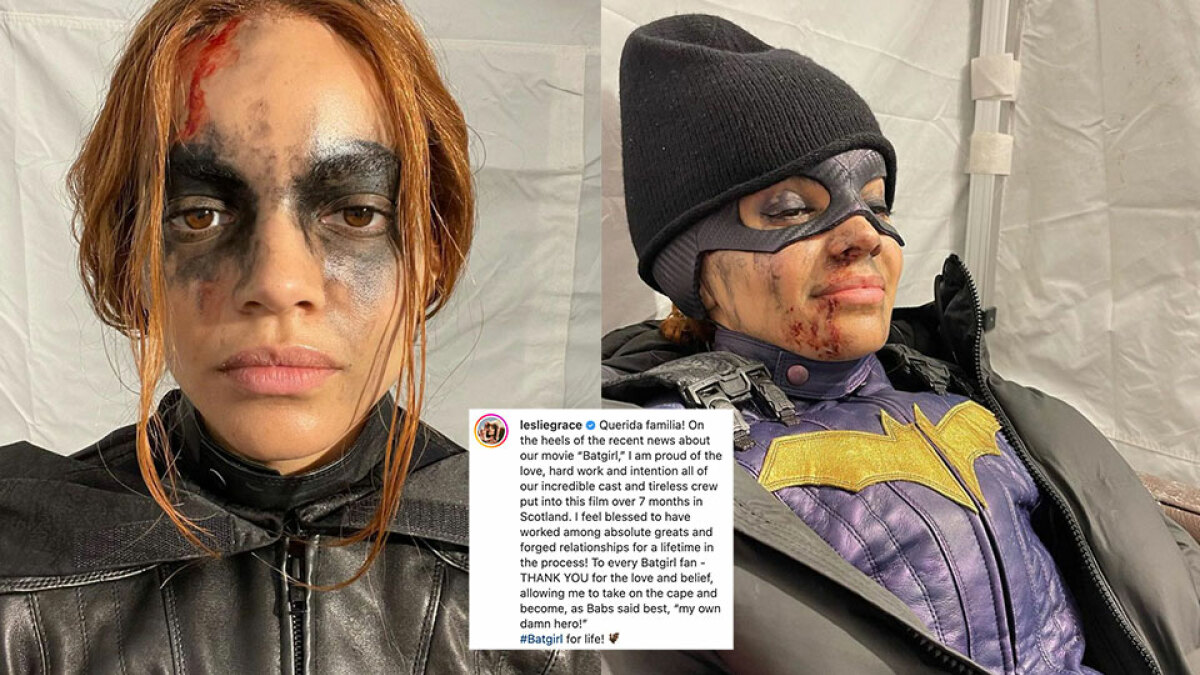 
Films getting cancelled is nothing new in Hollywood.

But a movie being shelved after it’s already been made to the tune of $90 million? That’s not so common.

This appears to be the fate of Warner Bros. Batgirl movie, though, with the news that it won’t be released despite already being in post-production being broken by the New York Post before trades like Variety confirmed it — and now, Batgirl herself Leslie Grace has responded to the stories on Instagram.

“On the heels of the recent news about our movie Batgirl, I am proud of the love, hard work and intention all of our incredible cast and tireless crew put into this film over seven months in Scotland,” she captioned her post.

“I feel blessed to have worked among absolute greats and forged relationships for a lifetime in the process! To every Batgirl fan — THANK YOU for the love and belief, allowing me to take on the cape and become, as Babs said best, ‘my own damn hero!'”

Grace also shared images of herself in costume, as well as a video of her getting ready while singing Whitney Houston’s “I Will Always Love You,” and an entertaining clip of her and her co-stars singing Nelly Furtado’s “Promiscuous.”

Grace isn’t the only Batgirl star to have posted following the news, either. Ivory Aquino, who was set to play Alysia Yeoh in the movie, shared some behind-the-scenes clips of her and Grace doing karaoke with the caption “my #batgirl and karaoke fam for life.”

So what, does the cancellation mean for D.C.? Well, not a return to the Snyderverse, but likely more years of confusion over how best to handle the franchise.