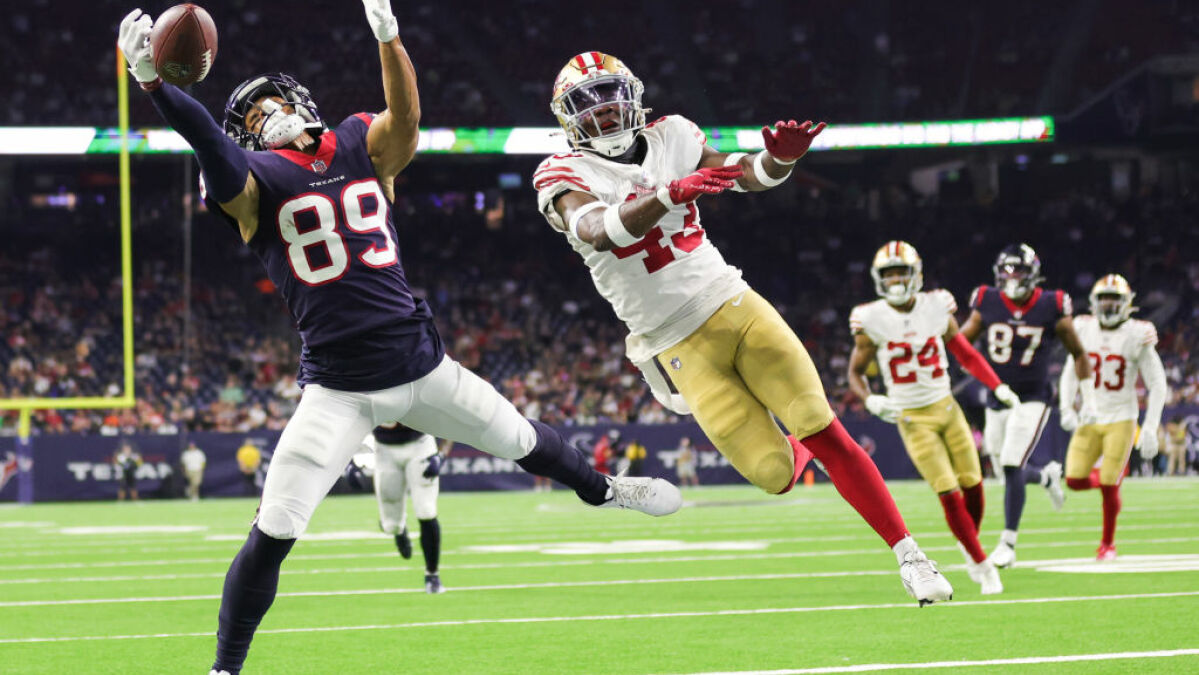 With the weight of the world on its shoulders, Amazon’s first exclusive Thursday Night Football stream is still standing. For now.

Amazon debuted its new broadcasting package for TNF games on Thursday, with a preseason matchup between the Houston Texans and the San Francisco 49ers. The game itself was a dud (Houston won 17-0, both teams kept their best starters on the bench), but Amazon still passed the most important test of all: Delivering a high quality stream.

We’ll have to wait and see if this holds during the first real Amazon TNF game on Sept. 15, but on first impression, this is a professional-feeling broadcast that should make football fans feel right at home.

Starting with a game between the Kansas City Chiefs and Los Angeles Chargers on Sept. 15, every Thursday night game this season (and for the next 10 seasons) will be exclusive to Prime Video or Twitch. You can still see it over-the-air if you live in one of the two teams’ local markets, but otherwise, you gotta stream these games through Amazon going forward. It’s not hard to find; boot up Prime Video on a Thursday night and it’ll be the first thing you see.

Amazon is trying some new things as it gets exclusive rights to one primetime game each week, but sadly, I wasn’t able to test out most of the coolest new features during this preseason exhibition game. One of the main ones I wanted to try was the ability to pull up the X-Ray view that Prime Video users are no doubt familiar with. When watching a TV show or movie, X-Ray lets you see which actors are in the scene you’re watching and dig into further information about their careers. It’s perfect for those “oh wait, I know that guy!” moments.

For football, X-Ray will serve a totally different function. You’ll be able to see in-game stats as they update in real-time, so if you need one of the quarterbacks to play well for your fantasy team, you can check his stats using X-Ray during the game. This is something I will no doubt use once it’s turned on for the regular season TNF games, but during the 49ers-Texans game, it wasn’t operational yet, at least not on the Chromecast device I was using.

Amazon’s also experimenting with alternate broadcasts, but again, those will have to wait for the regular season. The guys from the stunt-focused YouTube channel Dude Perfect will host an alternate stream where they try stunts and whatnot while commenting over the game action, in case you don’t like traditional football broadcast banter. Unfortunately, that wasn’t in effect during the preseason game, so I can’t say how well it works or how entertaining it is just yet.

How does it compare to actual TV?

The NFL commissioner isn’t part of the broadcast normally, but the two fellas on the left are.
Credit: Michael Loccisano/Getty Images for Amazon

While it’ll be a few weeks before I can test out the extraneous Amazon TNF features, Thursday night’s stream answered by far the most important question I had going into this season: What will the stream look like?

If Thursday’s game was any indication, everything is going to be just fine. Streaming sports through official apps can be a bit problematic because many, many streams are locked to 30Hz playback. Without getting too technical, that basically means the footage isn’t as smooth as it would be if you watched it on regular TV, where it would be 60Hz. Watch the highlights of the game on the NFL’s official YouTube channel (where videos top out at 30Hz) and you’ll notice that it looks wrong compared to a TV broadcast.

That isn’t the case with Amazon’s Thursday Night Football stream. It buffers up to a beautiful, smooth, crisp 60Hz within seconds of turning the stream on. I won’t say it looks exactly like it does on TV, but it’s close enough that the few moments of minor stuttering I noticed didn’t ruin the experience for me. I don’t have the ability to count resolution precisely, but it looked like it was streaming in 1080p, which Amazon told me is the target resolution for these streams.

Put simply, it looks close enough to a TV broadcast that I’m happy. I’ll need a full season to really gel with the new broadcast crew, which includes legendary announcer Al Michaels and longtime college football analyst Kirk Herbstreit in the booth. But those are both voices that I’ve listened to for many, many hours over the years, so the familiarity was comforting during an otherwise new streaming experience.

That’s true of the entire production, really. Everything from the pregame show with interviews with players to the graphics and highlights packages during the game felt very professional and traditional. Amazon isn’t reinventing the wheel here; while the company is producing the games itself, you get the impression that the production crew knows what it’s doing.

Oh, and in case you were wondering, ad breaks are almost identical to what you’d see during a game on Fox or NBC. There are just as many ads here as there are on TV, with the only notable difference being more ads for original shows and movies on Prime Video.

And that’s the right way to approach this, I think. Amazon is providing a conventional broadcast that’s close to what older generations are used to, while younger viewers can mess around with the Dude Perfect stream (or any others Amazon adds along the way). That way, everyone is happy. Football fans have certain expectations for what they want to see when they settle in to watch their favorite team, and Amazon seems to understand that.

Here’s hoping there aren’t any bandwidth issues once the real games start.

Watching live sports online is a pain, but these 4 apps make it easy