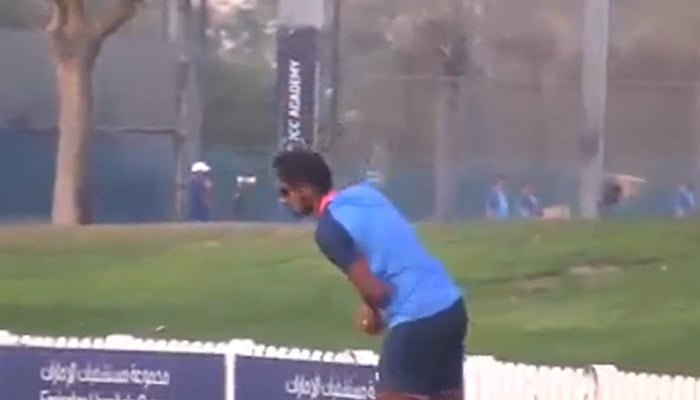 DUBAI: The Indian side held an intense catching practice session before their second Super Four stage fixture against Sri Lanka in Asia Cup 2022, with spinner Arshdeep Singh also attending it.

In a viral video on social media, Singh alongside other Indian players was seen doing intense catching practice.

The left-arm pacer suffered immense criticism after he dropped Asif Ali’s simple catch in a crucial situation against Pakistan on September 4.

India are all set to take on Sri Lanka in their second Super Four stage match in T20 Asia Cup 2022 today. India have already lost their first match against Pakistan last Sunday.

This is a must-win match for India as they seek to secure their position in the final of the ongoing tournament.

On the other hand, the island nation won their opening Super Four match and knows another victory against Rohit Sharma’s India in Dubai will edge them closer to a shot at the title.

Sri Lanka saw off Afghanistan on Saturday while India lost to arch-rivals Pakistan to start the Super Four round. They desperately need a win to stay in the race for the final on Sunday.