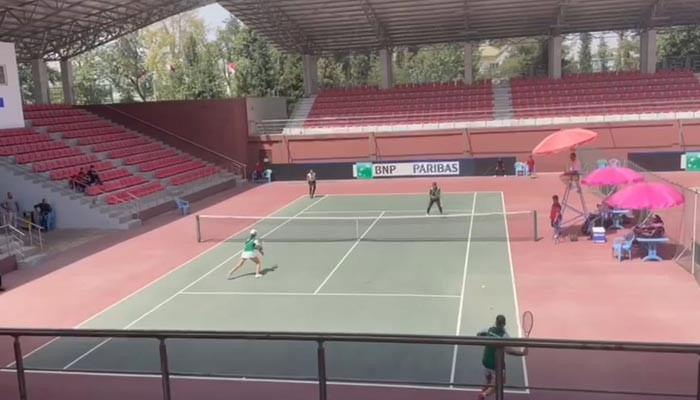 With the 2-1 win on Thursday, Pakistan finished second in Pool B and will now play Sri Lanka for the third position in Asia-Oceania Group II.

Pakistan got a victorious start against Turkmenistan when Ushna Sohail defeated Aisha Bikbulatova 6-1, 6-1 to give Pakistan an early lead.

However, Anastasiya Azimbayeva managed to level the tie with a 6-3, 6-4 win over Sarah Mehboob in the 2nd single.

In doubles, the pair of Sarah and Ushna proved to be too strong for Anastasiya Azimbayeva and Bahar Toymyradova. The Pakistani pair won the doubles contest comfortably 6-1, 6-1.

Pakistan had earlier defeated Tajikistan but went down against Mongolia.

They will now play Sri Lanka on Friday for the third position.