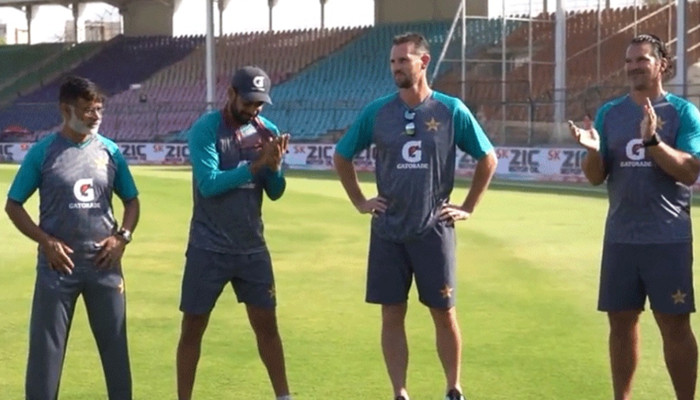 LAHORE: A slight change in management has taken place on the Pakistani side, the cricket board (PCB) announced Wednesday, as it added a fast bowling coach assistant to the contingent ahead of Asia Cup 2022.

Umer Rashid, one of the highly-rated bowling coaches at the National High-Performance Centre, has been added to the Pakistan men’s side as assistant to the fast bowling coach for the Asia Cup.

The PCB said Rashid has worked in the development of all the national side fast bowlers since their early days, including helping Mohammad Hasnain to return to competitive cricket.

In the new role with the national side, Rashid will support Pakistan fast bowling coach Shaun Tait in the United Arab Emirates — where the Asia Cup will take place.

Rashid has been included in the player support personnel list on the recommendation of head coach Saqlain Mushtaq, the board added.

Pakistan will open their counter in the Asia Cup on August 28 against arch-rivals India — just a day after the tournament will kick start.

Their second Group A fixture will be against a qualifier (UAE, Kuwait, Singapore or Hong Kong) in Sharjah on Friday, 2 September. The Super Four matches will be played from 3-9 September.